PEAKING AT THE SUMMIT 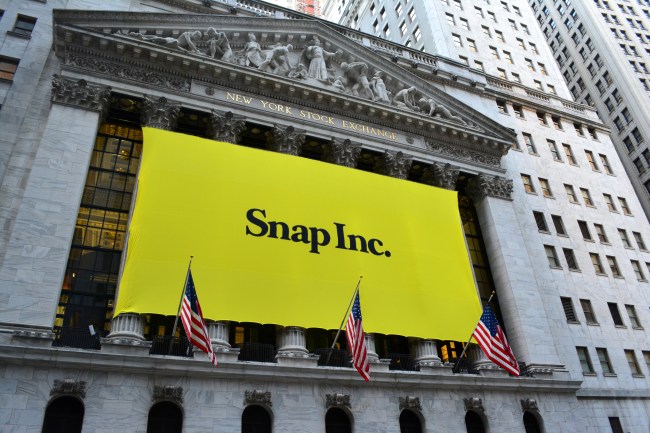 Snap made three major announcements yesterday at its first-ever partner conference, along with unveiling its new slogan: “Not just for nudes anymore.”

The first of three announcements was the launch of its multiplayer gaming platform. Snap acquired Australian gaming studio PrettyGreat in late 2017 and now it makes sense why. In addition to playing with girls hearts, f*ckboys can also play games that are similar to Mario Party and Fruit Ninja. There will be 6 original games available at launch.

But what about the money? Well, users are enticed to watch six-second unskippable commercials that will reward them with power-ups or in-game currency. And eventually, Evan Spiegel aspires to attain “Fortnite” status with the new venture: having kids pay for useless in-game upgrades with their parent’s credit cards.

Mr. Miranda Kerr’s second innovation, launching later this year, is the roll-out of Snapchat Ad Kit and the Snapchat Audience Network, which coincidentally sound and function a lot like Facebook’s Audience Network.

These new features will allow third-party apps the ability to host Stories inside their own products all-the-while utilizing Snapchat’s camera with Stories Kit. Developers will receive a cut of the revenue, as the Ad Kit will allow advertisers to reach users of Snapchat and non-users in other apps.

Scan is the last big announcement coming out of the Snap Partner Summit. It is an augmented reality utility platform that will bring the user’s surroundings to life. Pizza will dance, presidents will sing, and answers to mathematical equations will appear like Alan at the casino in ‘The Hangover.’  Beyond that, major landmarks such as the Capitol Building or Eiffel Tower will have different animated features that will appear on users phones.

More disappointing news for Tesla sent the stock tumbling. The company announced that it would only deliver 63k vehicles to customers this quarter compared to the 72k expected by analysts. However, the company did say that they were able to manufacture 77k EVs.

The more concerning news? The fact that first-quarter income would fall significantly as a result of the lower delivery volumes, as well as some pricing adjustments.

On top of actual financial news, Elon Musk had a court date yesterday to discuss the SEC’s accusations that the mad genius did not live up to promises made following his infamous “funding secured,” tweet.

All-in-all Tesla shares were down 8.2% on the day.

How bad is it?

Not as bad as it seems. Analysts expected lower demand as buyers lost a federal tax credit thanks to Tesla exceeding the allowable production limit for the credit.

As part of its announcement, the company reaffirmed its forecast of 360k to 400k vehicles being delivered this year. Additionally, increased demand in Europe and Asia lead to the delivery of almost 11k cars outside of the US. And if that news doesn’t tickle your fancy, turn up this banger.