This Monthly Spending Breakdown Of A 25-Year-Old Who Makes $100,000 A Year Is Pissing People Off 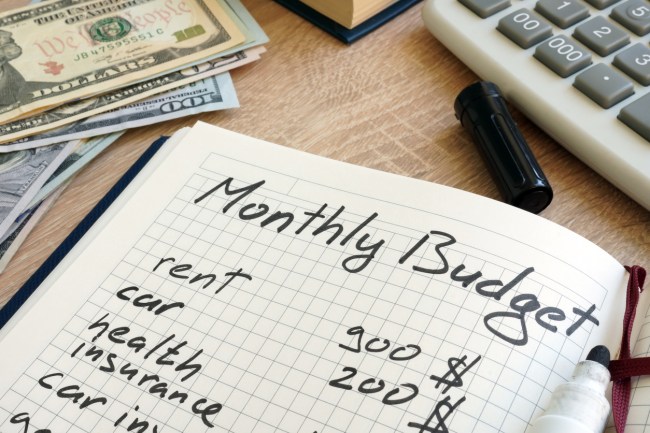 CNBC seems like a reputable enough site. I don’t doubt they have a roster of employees who made it through college without cheating and a few of them probably even have those round tortoise shell glasses that automatically increases one’s IQ by 50 points. But what CNBC has posted today is unforgivable.

CNBC’s vertical “Make It” profiled Trevor Klee, a 25-year-old entrepreneur who makes $100,000 a year tutoring people for the GMAT, GRE and LSAT.

They posted the dude’s breakdown of monthly spending and I’m appalled that CNBC would allow itself to be lied to like this.

The budget breakdown of a 25-year-old who makes $100,000 a year and is excellent with money. via @CNBCMakeIt https://t.co/GLRCp1rfey pic.twitter.com/FuxRVrYXoH

Klee lived with three other roommates which is how he affords to live in affluent Cambridge. He splits the monthly $120 house cleaning bill with them.

Although Klee has some valid explantations for his monthly spending breakdown, the internet had a field day dissecting it, and I was quite entertained.

I wish my 2nd largest monthly expense was just giving money away. It'd be a lot easier to figure out where to cut back

Where are student loan payments? Car payments? Uncovered health expenses? The rest of the rent? Car insurance? Clothing? 401k contributions? Recreation? And what 25 year olds make $7,400 in "donations?" I was in serious debt until I was around 38.

I seriously thought this was an article from @TheOnion

What “house cleaner” can you afford for $30 a month?

Is it a can of Pledge and a roll of paper towels?

Footage of the person who made this chart: pic.twitter.com/Sqz1eGtOuu

As CNBC points out, between Klee’s brokerage account, money market account and Roth IRA, Klee has around $43,000 put away. He estimates that about $20,000 of that is liquid.

Now those $615 in donations is starting to seem a bit stingy.