Spotify Is Taking On Apple; FDA Cracks Down On Juul 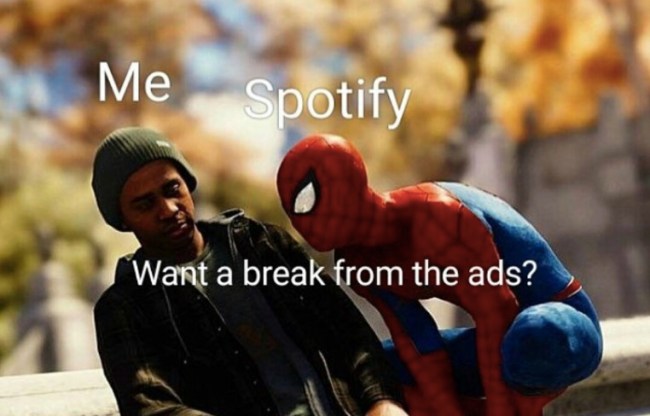 Remember Spotify, nobody likes a snitch.

The Swedish music streaming giant filed a complaint with the EU claiming that Apple is engaging in anticompetitive practices by charging exorbitant fees to application makers who want to accept payments in-app. Kazaa’s younger sibling has also had it up to here with Apple playing Big Brother, controlling ad reach and communication with users.

Plus, according to the allegations, Apple’s “Music” which competes directly with Spotify appears to get preferential treatment in the App Store in the same way that store-brands get premium shelf space in the supermarket. Which isn’t surprising at all, because, why the f*ck wouldn’t it?

What does Spotify want?

CEO Daniel Ek wants Apple to play nice in the sandbox. Of course, Apple designed, built and maintains the sandbox. The Spotify Chief’s main focus is on ridding the Apple ecosystem of the “Apple tax” which allows the iPhone maker to keep 30% of all in-app revenue.

In his crusade for corporate equality, Ek even launched a website called TimeToPlayFair.com … which will assuredly get him stuffed in a locker at SXSW. The site outlines the atrocities that Apple has committed against capitalism.

Maybe he’s got a point?

Spotify isn’t the only company beefing with Apple, it’s just the only one to do so publicly. Netflix, for example, avoids the “Apple tax” by sending subscribers outside of the app to pay. So what’s the biggest barrier to entering this fight against Timmy iPhones and Apple?

Many of these companies need Apple more than Apple needs them. Distribution is key to apps success, and Apple is key to distribution. So, often times, it has been easier to pay the piper than ruffle feathers. If of course, Apple was a piper with feathers.

Plot twist: turns out this might be the key to Spotify’s case. Regulators really, really dislike companies that wield unchecked power (see: Microsoft).

BARKING UP THE WRONG TREE

Brookfield Asset Management will take a 62% stake in Oaktree Capital. The $4.7B deal, which is a combination of cash and stock, will create one of the world’s largest alternative money managers. The firms, however, will continue to be run independently.

Brookfield isn’t afraid to move size and stack bodies, having recently acquired GGP for $13B (August 2018) and Forest City Realty Trust for $6.7B (December 2018). Living by the adage ‘you need to spend money to make money,’ Brookfield has posted a 21% annual rate of return since 2009.

Brookfield will pay a 12.4% premium for Oaktree’s shares at $49 a pop. If and when the deal closes, the firms will manage a combined $475B of assets, which just edges out Blackstone’s $472B in assets under management.

PSA: Juul’ers, you should probably start hoarding your favorite fruity flavored pods because the fun police are about to go all “Four Loko” on them.

It looks like the FDA is making good on its promise to limit and in some cases prohibit sales of certain e-cig flavors that are more likely to appeal to underage vape-rs. Of course, if it were up to outgoing FDA commish Scott Gottlieb the only available flavors would be mint, menthol, and tobacco.

The FDA will also require online retailers to curb bulk sales and perform some kind of 3rd party age verification in order to ship the product.

The vaping community may have thought they were catching a break when Scott Gottlieb announced he was stepping down as head of the FDA last week, but the former Boy Scout had one last trick up his sleeve: accelerating the proposed crackdown on e-cigs.

Shares of Altria, which owns Marlboro as well as a share of Juul, fell on the news that an anti-cig crusader was taking over.