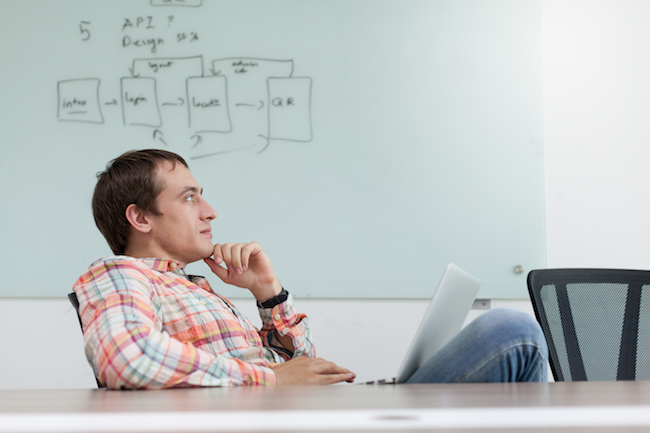 A mind is a sophisticated tool, but studies have shown that it’s possible to trick the brain. Just a couple tweaks and a person will believe they’re good at golf or into liking a job you hate.

But is it possible to eradicate the negative thinking which keeps people from reaching their untapped potential? This negative way of thinking, or “brain habits” as Dr. Dani Gordon calls them in this piece for Fast Company, can be changed with a few simple tricks that take less than 4 minutes a day.

Before diving into Dr. Gordon’s suggestions for hacking the brain into thinking positively, here’s a little bit more about brain habits and how they’re holding people down. Negative thoughts creep into the human mind thousands of times per hour. Over the course of a lifetime, this constant stream of negative thinking and pessimism becomes a habit and leads to constant feelings of being overwhelmed, burned out, and mentally drained even by the simplest tasks.

“Pessimists, for example,” explains Dr. Gordon, “interpret unknown future occurrences or outcomes the same way as negative events that have actually happened–the same brain-patterned responses kick into gear. That means turning unknowns automatically into negatives, which may cloud your judgment and make it harder to see the potential benefits.”

In other words, the habit of negative thinking causes people to visualize a lousy outcome and all the feelings that come with that conclusion, even though in reality nothing has occurred. This creates a constant sense that “the other shoe is about to drop” or causes people to not bother applying for a job, starting a business or asking a person out because of the possible adverse outcomes.

To switch the brain from working in the “aversion network” or being a pessimist, Dr. Gordon suggests this quick 4-minute brain hack to flip the internal switch to the “approach network” or being hopefully optimistic about life, love, and career.

For the first minute, identify the negative thought pattern you’re stuck in before the brain enters into negative mode. “Don’t miss potential threats,” Gordon warns, “and write them all down to get them out of your head.”

For the next three minutes, concentrate on flipping over to the approach network way of thinking by first calming the mind and focusing on breathing. Yes, meditate for a minute. After you steady your breathing, really concentrate and isolate the specific negative thoughts freaking you out. “Don’t worry about why those negative thoughts are there,” Gordon explains, “just observe them.”

And finally, the most crucial step in the 4-minute brain hack is to visualize a positive outcome. Just like an athlete visualizes scoring the game-winning touchdown, focus on the best possible results. “Envision the best possible outcome in as great a detail as possible: Where is this scene? Who is present? What emotions are you feeling? What are you saying and doing? What are other people’s responses, right on down to their facial expressions or the actions they take?”

Dr. Gordon stresses that the faster a person identifies a negative thought, to stop and focus on eradicating the “habit” of turning an unfavorable feeling into hours of downward spiraling into negativity.