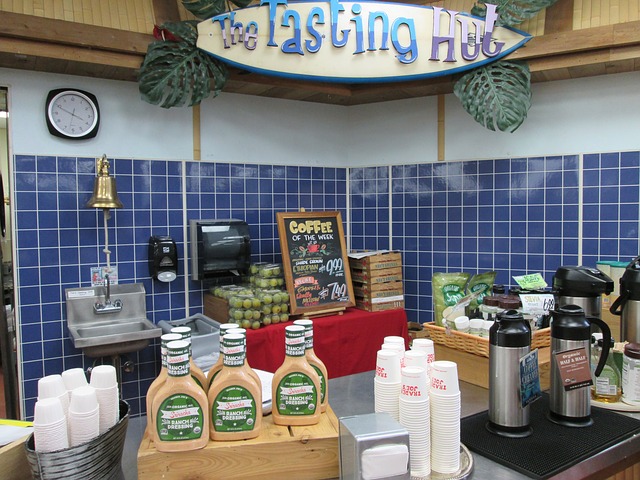 When you walk into Trader Joe’s to buy your cauliflower gnocchi, Everything But The Bagel Seasoning, chicken tikka masala, and a few $2 buck Chucks, did you ever notice the tropical theme? The tiki bar-inspired decor and the employees wearing Hawaiian shirts? There’s actually a great reason for all of the tropical vibes.

Joe Coulombe started Pronto Market convenience stores in 1958 in the Los Angeles area. Trader Joe thought his stores resembled 7-Eleven too much so in 1967 he changed it up to more like the Trader Joe’s grocery stores you frequent nowadays.

In 1969, employees started wearing Hawaiian shirts as a tribute to the Tiki bar culture of the 1950s and 1960s. Coulombe wanted his stores to be welcoming and a place where you could “leave your problems at the door.”

In an episode of the The Trader Joe’s podcast executives explain the thought process of the Hawaiian shirts.

“I’d been reading a book called White Shadows in the South Seas, and I’d been to the Disneyland jungle trip, and it all coalesced,” Coulombe said of the book that takes place on an island in the South Pacific.

“We wear Hawaiian shirts because we’re traders on the culinary seas, searching the world over for cool items to bring home to our customers,” the Trader Joe’s website says. “And when we return home, we think grocery shopping should be fun, not another chore. So just relax and leave your worries at the door. We’ll sail those seven seas, you have some fun with our finds at your neighborhood Trader Joe’s.”

The different shirts seen on the crew members at Trader Joe’s stores designate their position. Employees rocking the button-down Hawaiian print shirts are the store leaders. The crew members wearing the solid colored t-shirts with large hibiscus flowers are the regular workers.

Trader Joe’s CEO Dan Bane said he owns more Hawaiian shirts than he can count, but also donates many of them to charities.

In 1979 Coulombe sold Trader Joe’s to Theo Albrecht, the German entrepreneur who was also the owner and CEO of the massive grocery store chain Aldi.

So the shirts and the decor are to make you feel like you’re on an exotic vacation to a picturesque beach locale and not to make your grocery shopping feel like a frustrating chore. Especially when you leave the store with a jar of cookie butter or carrot cake spread.