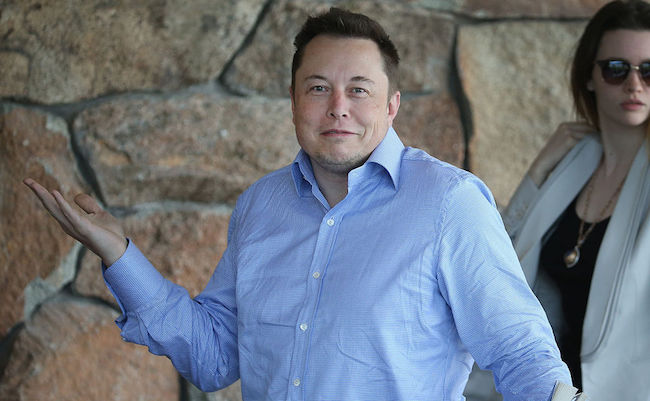 The two multi-billionaires got into a squabble after Elon poo-pooed the idea of moats that Buffett coined in 1999. Moats are a company’s competitive advantages that allow it to stave off competition. “First of all, I think moats are lame,” Musk said during a Tesla earnings call on May 2. “They’re like nice in a sort of quaint, vestigial way. But if your only defense against invading armies is a moat, you will not last long. What matters is the pace of innovation. That is the fundamental determinant of competitiveness.”

Then on Saturday’s Berkshire Hathaway meeting, Buffett’s business partner Charles Munger fired back at Musk. “Elon says a conventional moat is quaint, and that’s true of a puddle of water,” the 94-year-old Munger said. “It’s ridiculous. Warren does not intend to build an actual moat. Even though they’re quaint.” Then the 87-year-old Buffett addressed the controversy. “Elon may turn things upside down in some areas, I don’t think he’d want to take us on in candy,” Buffett said. “There are some pretty good moats around.”

Then I’m going to build a moat & fill it w candy. Warren B will not be able to resist investing! Berkshire Hathaway kryptonite …

While he had candy on the mind, Musk also had this thought about Willy Wonka and the Chocolate Factory.

There was this delightful fan submission.

Then an important query by Elon Musk. Of course, the correct answer is peanut butter, crisped rice bar, caramel, and milk chocolate, like in a Whatchamacallit.

Ok ok, just for sake of argument, what do u wish for in candy? 🍭

Then Musk floated the idea of a hybrid of candy and cryptocurrency called cryptocandy.

Then I’m going to build a moat & fill it w candy. Warren B will not be able to resist investing! Berkshire Hathaway kryptonite …

Buffett has been outspoken against cryptocurrencies and said they will “come to a bad ending.”

The Twitter user Comfortably Smug made a brilliant suggestion that Musk should skip making candy and create a real-life Westworld park.

Stop making all this boring garbage

Elon did make flamethrowers so you have to believe he might want his own candy company. It must be really, really fun to be Elon Musk.