NOT UP IN HERE 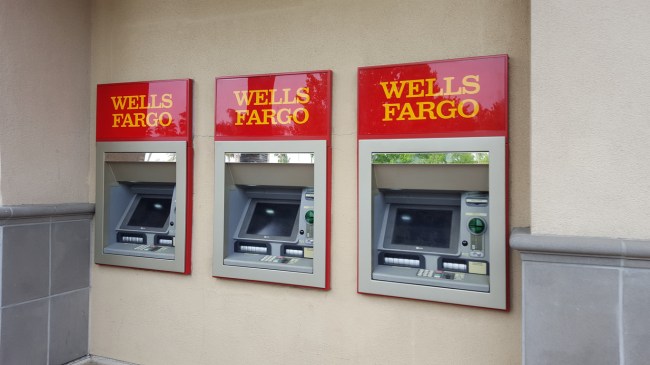 Wells, Wells, Wells, look who’s in the news again. Tim Sloan is out and Alan Parker is in as CEO at Wells Fargo. Sloan will step down immediately and retire officially in June.

C. Alan Parker will serve as interim CEO while Wells searches for a replacement. Presumably, somebody that once attended superday at Goldman. Parker was most recently the bank’s general counsel. He joined the fledgling financial institution shortly after the 2016 sales scandal broke from Cravath, Swaine & Moore LLP.

A tenure under pressure

Sloan ends his 31-year career at the bank, having spent the previous 2 ½ years at the helm under immense pressure stemming from the bank’s numerous scandals. He seemingly couldn’t catch a break. He oversaw numerous fake account scandals, crippling growth restrictions handed down by the Fed, a computer glitch that cost customers their homes, and the payment of billions of dollars in fines.

But despite the uncertainty, the San Fran-based bank’s shareholders are going all Petey Pablo on em. Shares are up 3% in after-hours trading at the time of writing.

And they aren’t the only ones celebrating. The Office of the Comptroller of the Currency was considering forcing the bank to shake up its senior management and board. And when asked about Timmy Scandals departure, Senator Elizabeth Warren had this to say: its “about damn time.”

Nomura and JP Morgan are among those feeling the effects of a recent pullback in the financial services industry due to the rise of automation and technology, while Deutsche Bank’s potential merger with Commerzbank paves the way for thousands of job cuts.

JPMorgan will cut “hundreds” of support jobs globally in the asset and wealth management space after a staffing review. Pour one out for Karen from compliance. For what it’s worth, staffing reviews are as common as strippers and cocaine on Wall Street, especially in the early months of the year, and don’t always indicate a full job market downturn.

Nomura, on the other hand, is cutting 100-ish jobs from its trading and investment banking businesses in the US and Europe as it struggles to profit in the region. You see, buying Lehman Brother’s European assets in 2008 hasn’t exactly panned out.

So, what’s up with Deutsche Bank?

Meanwhile, with 30k possible job cuts hanging over Deutsche Bank (and Commerzbank) like a stale fart, plans have emerged to launch a digital platform that would allow DB to trade stocks directly with firms, rather than matching buyers and sellers. Deutsche has had issues with falling profits, leading the firm to look for other sources of revenue that don’t include panhandling.

Budget airlines have had a rough go at it lately. Even if the low fare operators can afford Boeing safety upgrades, they face headwinds in the form of fuel prices and stiff competition.

The latest victim of an ongoing European fare-war is WOW Air, an Iceland-based budget airline. WOW isn’t alone, with eight European airlines failing since the summer, but it does seem to have a flair for the dramatic that its competition lacks.

You see, Owen Wilson’s favorite airline didn’t just cease operations, it went down in a blaze of passenger-angering glory (ok maybe not the best word choice). WOW called it quits mid-flight, going out of business without warning, leaving more than 2.7k passengers on 29 flights either stranded or sh*t out of luck.

Unsurprisingly WOW went radio silent after telling passengers to seek other travel options. Thank you, Capt. Obvious. Icelandair, WOW’s biggest competitor in the country whose biggest export is tourism (we see you, ‘Game of Thrones’), did its best up to carry the load, offering discounted tickets to WOW passengers.

But maybe we should have seen the writing on the wall …

Not unlike the AAF, WOW’s leadership was scrambling to secure funding ahead of today’s news from Icelandair and PE shop Indigo Partners. The airline had already delayed the inevitable by convincing bondholders to convert debt into equity but alas it was leasing companies which pulled the plug on WOW’s big old jet airliners that appears to have been the final nail in the coffin.