SAN FRANCISCO, CA - JANUARY 31: Mark Zuckerberg winner for CEO of the Year at the 6th Annual Crunchies Awards at Davies Symphony Hall on January 31, 2013 in San Francisco, California. (Photo by Steve Jennings/Getty Images for The Crunchies)

Mark Zuckerberg is back at Harvard University this week to deliver the commencement speech. Mark famously dropped out of Harvard after launching Facebook. I say ‘launching’ in place of ‘creating’ because lawsuits alleging Merk Zuckerbook ripped the idea for Facebook off from the Winklevoss Twins were settled for $20 million in cash and $45 million in Facebook stock.

Why am I talking about this? Well, because The Harvard Crimson, Harvard’s 144-year-old newspaper was hacked this morning and whoever took the paper’s website over was poking fun at Mark Zuckerberg, his stealing of Facebook, and the ensuing lawsuits. The homepage of The Harvard Crimson has already been reset to normal, but you can see a disclaimer from the paper’s Twitter page as well as screenshots taken that show the headlines and images put up by the hackers: 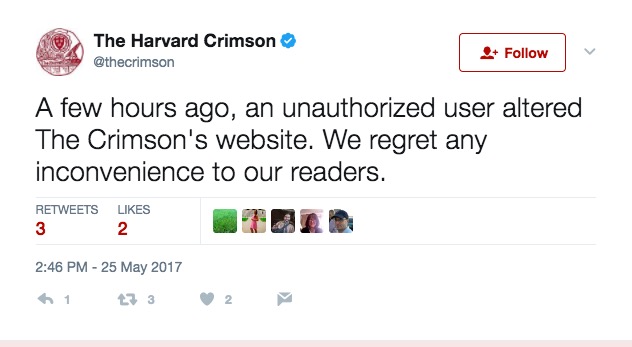 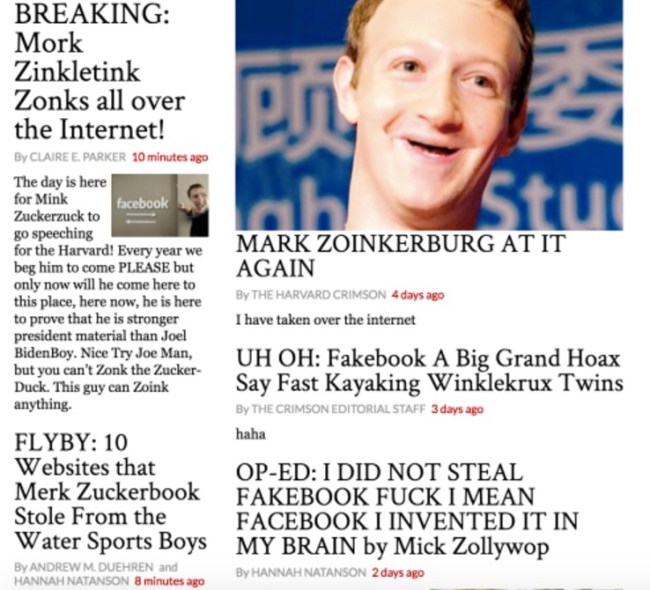 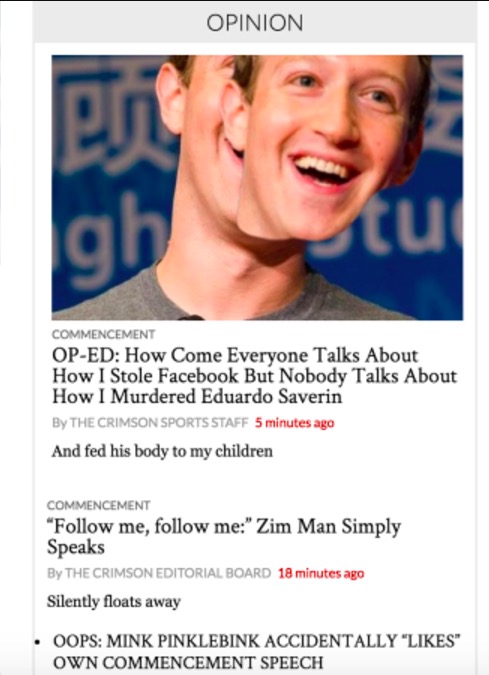 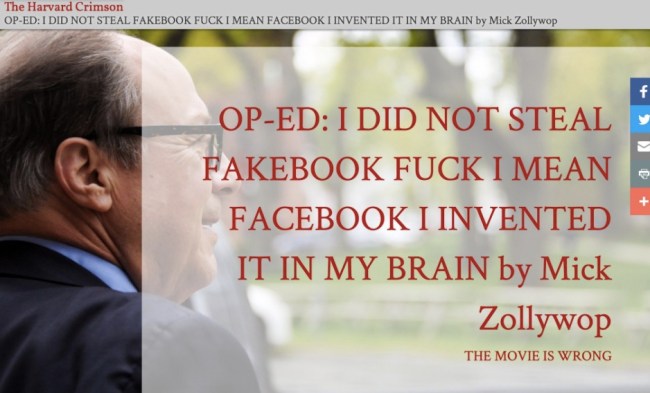 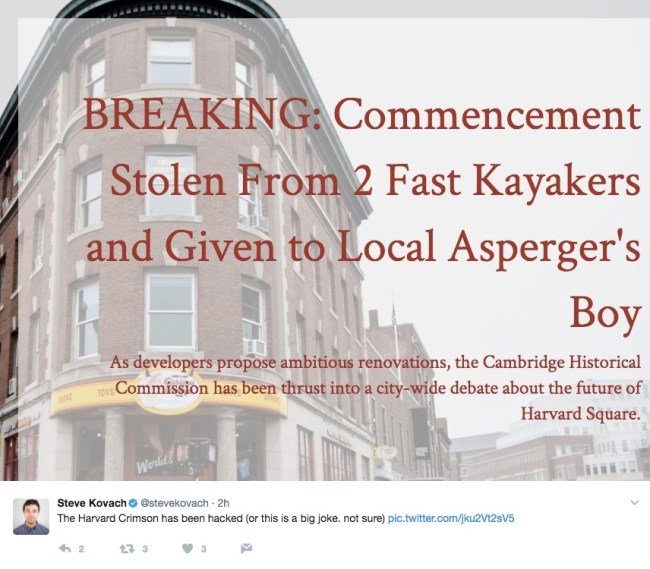 It was initially unclear if the school paper was doing the roasting or if they’d been hacked, so Gizmodo reached out to The Harvard Crimson for comment and the paper’s current President confirmed that they’d been hacked…Though, if it was an editorial uprising I’m not sure we’d have ever heard that statement made publicly.