The Most Expensive Dessert In America Is Now This Over-The-Top $1,500 Ice Cream Sundae 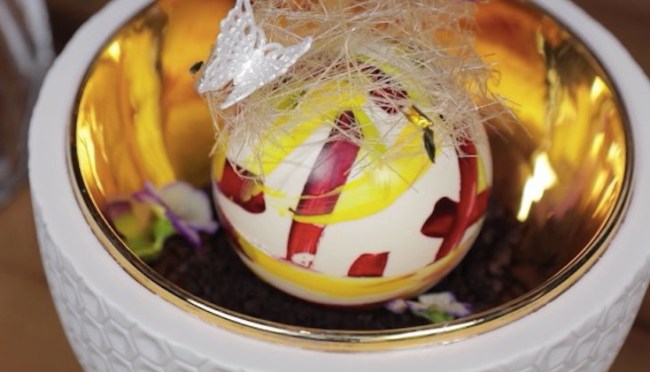 The most expensive dessert in America can no longer be found at Plunder, the fictitious restaurant from 30 Rock where Jack Donaghy (played by Alec Baldwin) took his girlfriend Elisa to eat the ‘Lover’s Delight’. In the show, this over-the-top dessert was meant to poke fun at the $1,000 Golden Opulence Sundae served at Serendipity, a dish that was at one point the most expensive dessert in America.

If 30 Rock was still on TV today they’d almost certainly find a way to make a joke about the new $1,500 dessert from the Baccarat Hotel New York. The dish is named the ‘Bear Extraordinaire’ and it was debuted yesterday by pastry chef Rosario Wakabayashi.

According to CNBC, the Bear Extraordinaire consists of imported vanilla beans from Madagascar for the ice cream, a hand-painted white chocolate shell with colored cocoa butter, 3 grams of black truffle, Manjari dark chocolate from Madagascar, Valrhona Gold cocoa nibs. It’s drizzled in a hibiscus champagne sauce with citrus meringue and adorned with fondant butterflies. It has both edible gold and silver for color. The dish is served in a $1,200 clear Baccarat “Zoo Bear” crystal bowl (which can be purchased for $300).

I can’t even hate on this. If you’ve got millions of dollars in the bank then what’s $1,500 on a dessert for a special occasion? Nothing. A drop of water in the pond of life. Treat yourself.