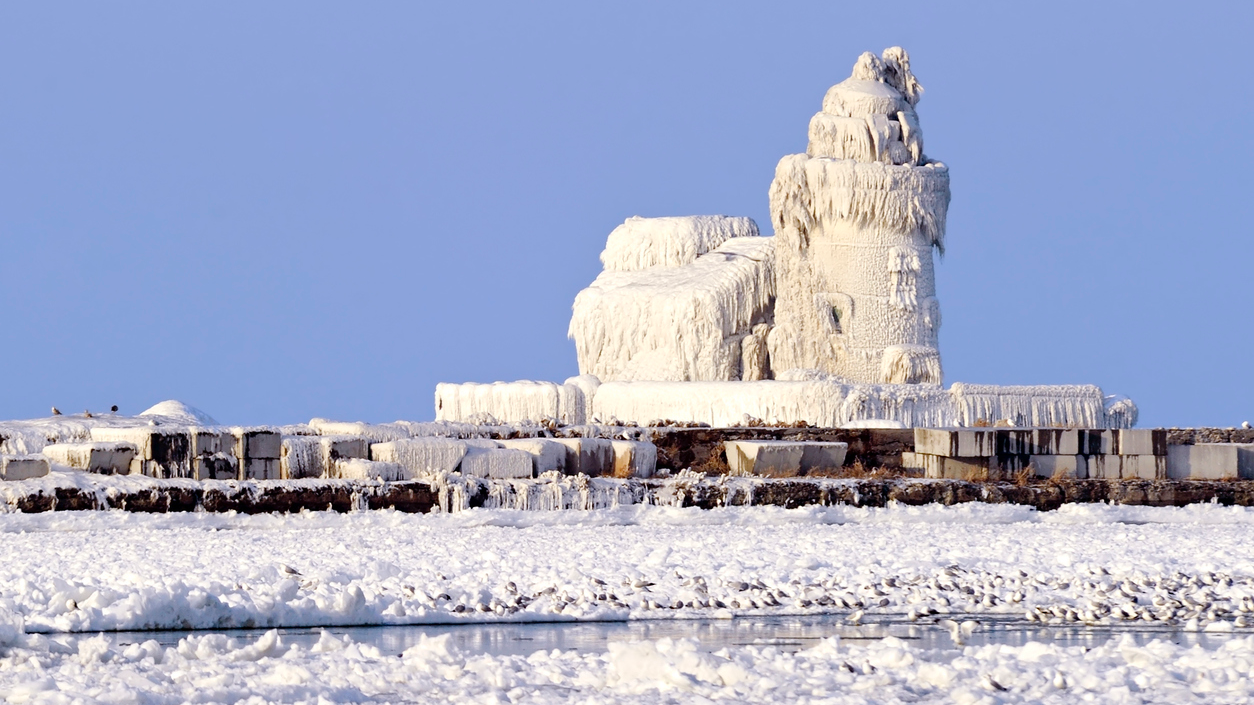 Winter Storm Elliott has intensified into a ‘bomb cyclone‘ that is bringing blizzard conditions and dangerously high winds to the Great Lakes and upstate New York.

Meteorologists are predicting Lake Erie will see 18 to 20-foot waves from Winter Storm Elliott and footage of the intense waves is already emerging on social media as conditions worsen.

Fox Weather predicted on Thursday that 20+ foot waves would be coming to Lake Erie from the bomb cyclone storm with 50-60 MPH wind gusts. This would mark the biggest waves on Lake Erie since Superstorm Sandy.

Lake Erie is angry today. We could see waves between 14-18 ft with this storm here in Hamburg, NY @foxweather pic.twitter.com/lFGrub4dne

The wind is rocking my SUV and waves are crashing over us here on the edge of Lake Erie in Hamburg, NY. Gusts reach 70 MPH @foxweather pic.twitter.com/QQ3Qh8r1G3

There are currently over 1 million Americans who have lost power due to Winter storm conditions and there are over 200 million Americans who are under warnings or advisories right now, according to the NYT. This has wreaked havoc on one of the busiest travel days of the year, the Friday before Christmas. Over 3,400 flights have been canceled on Friday alone due to weather.

The major airports hit by flight cancellations are Chicago, Buffalo, and Cleveland as the Great Lakes is bearing the burnt of Winter Storm Elliott’s destructive winds, dangerously low temperatures, and in many cases, snow.

Things have gotten so bad in Erie County, New York (Buffalo) that there is a travel ban in place:

A travel ban is in place for Erie County and the city of Buffalo in western New York. @Max_Gorden is along the shores of Lake Erie in Hamburg, NY and says his face is starting to freeze up out there. #NYwx pic.twitter.com/o48agLMzVG

Based on that report, the forecast is shifting from 18-20 foot waves to 14-18 foot waves but predictions are still ou there for 20+ foot waves across Lake Erie due to Winter Storm Elliott.

To all those celebrating Festivus during Winter Storm Elliott, we salute you. Stay safe and Happy Festivus! pic.twitter.com/TV21TEKNnh

Be safe out there, everybody.