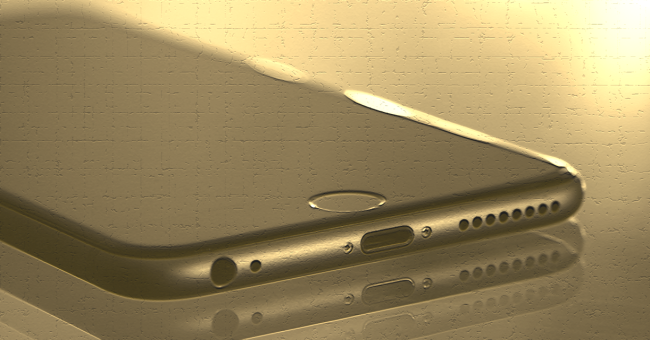 A painting from 1860 has got many people on the internet baffled as it appears that a woman in it is holding a very much 21st century iPhone.

Now obviously, 162 years ago there was no such thing as an iPhone.

So there’s no way the woman in the painting “The Expected One” by Ferdinand Georg Waldmüller is actually holding one.

In the painting, a woman is shown walking on a dirt path towards a man squatting on the ground and holding a pink flower. The woman, however, appears to holding what appears to be a smartphone. How can that be?

Taking selfies even back then, smh

First of all, the woman is supposedly on her way to church and is reading a prayer book, not scrolling through an app on a cell phone.

Second, it is our own perceptions that makes us see something that meshes with a sight we see daily: someone looking down at their phone.

The illusion first came to light in 2017 when a man named Peter Russell was visiting the Neue Pinakothek, the museum of 18th and 19th century art in Munich.

“What strikes me most is how much a change in technology has changed the interpretation of the painting, and in a way has leveraged its entire context,” Russell told Motherboard.

In “The Expected One,” the woman’s body language certainly makes it appear as if she’s looking at a phone, to the degree you can imagine her being labeled just another “distracted walker” exhibiting signs of so-called “text neck” if she were walking down the street in 2017. And as a particularly time travel-obsessed acquaintance of mine recently pointed out to me after I showed them the original (undoctored) version of the painting, the woman’s face seems lit up from below as if washed in screen glow. The shadowing all seems cast forward save her chin, lips, and cheeks, which almost appear brighter than one might think they would considering Waldmüller’s brushstrokes otherwise have her backlit.

“The big change is that in 1850 or 1860, every single viewer would have identified the item that the girl is absorbed in as a hymnal or prayer book,” Russell said. “Today, no one could fail to see the resemblance to the scene of a teenage girl absorbed in social media on their smartphone.”

Multiverse for the win

Interestingly enough, Motherboard also highlighted another painting earlier in 2017 that also appeared to feature someone holding a smartphone.

That painting, created in 1937 by Italian semi-abstract painter Umberto Romano, is called “Settling” and shows some sort of meeting between two prominent New England tribes and English settlers. Obviously, smartphones had not been invented yet. (Or had they?)

Do We All See the Man Holding an iPhone in This 1937 Painting? https://t.co/A9oqFIoPvS pic.twitter.com/xIB3oAcfNb

And then there’s this…