There’s Now A $2.1 Million Bounty On Bigfoot In Oklahoma But There Are Some Rules To Follow 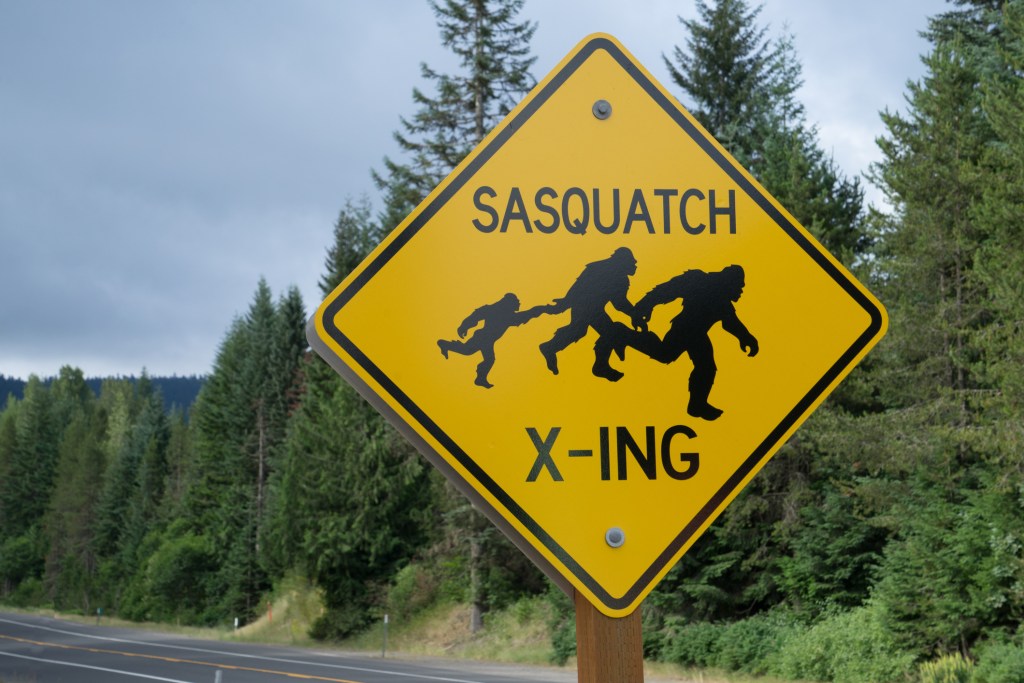 When it comes to Bigfoot, I like to entertain the idea that there are some mysterious and magical creatures out there roaming the woods who have managed to evade the modern 4K trail cameras and nobody’s ever found a half-eaten one in the woods. It’s fun to think that it’s possible against all evidence even though deep down I believe Bigfoot doesn’t exist.

Now, for the first time in my life, I have a serious reason to want to believe that Bigfoot is real because there’s a $2.1 million bounty for capturing him/her/it in Oklahoma. This $2.1 million bounty is the result of an Oklahoma lawmaker’s proposal that never made it anywhere but apparently, that didn’t matter because the initial proposal was to create a bill that would allow hunters to capture Bigfoot and promote tourism.

The whole reason for the proposed legislation was to drum up interest from tourists wanting to visit Southeastern Oklahoma which “boasts the ninth most sightings in the world” of Bigfoot. The initial plan was for lawmakers to put aside $25,000 for anyone who could capture Bigfoot and bring him in. That’s a life-changing amount of money for a lot of people and enough money to drive interest from hunters. Then Hollywood stepped in and upped the ante…

He said state tourism officials now are developing a Bigfoot promotional campaign that includes license plates, decals, an annual commemorative tracking license and “Bigfoot checkout stations.” He said they’re also working on a map of the region to show visitors the best route to take to spot Bigfoot while promoting nearby businesses at the same time. (via Enid News and Eagle)

Now that the bounty is up to $2.1 million and the stakes for finding Bigfoot are as high as they’ve ever been they recognized that someone needs to look after Bigfoot’s safety in all of this. Hunters can’t just march into the woods with an elephant gun and bring back Bigfoot’s head.

The intent isn’t to kill or harm Bigfoot, it’s to track him down, so there are some rules in place to ensure that Bigfoot will be captured humanely and nobody else will get hurt in the process, according to Enid News and Eagle:

The No. 1 rule — Sasquatchers must capture Bigfoot unharmed and can’t injure anyone else or break any laws in the process. “We’ve got to get some language, make sure that we protect Bigfoot and that we protect the public (so) that nobody is injured,” he said.

The current plan is to allow businesses along Oklahoma 259A, which runs through Beavers Bend State Park, to sell annual Bigfoot tracking permits, he said. Profits from the sales would stay in the local communities.
Pinnell said Bigfoot legislation is not needed, nor probably the right move for Oklahoma. “We were concerned with his idea of sending people into the woods to trap a Bigfoot,” Pinnell said. “(We) certainly didn’t want to harm any individuals or Bigfoots for that matter.” (via Enid News and Eagle)

There will be NO killing of Bigfoot in OK. You can track him, you can bring him in as proof and collect the $2.1 million, but you cannot kill Bigfoot nor can anyone get hurt in the process of capturing Bigfoot.

If all of this sounds complicated just keep in mind the bounty is $2.1 million so you’ll be handsomely rewarded for your efforts.

For more on this, just follow any of those links above to read the article over on Enid News & Eagle.