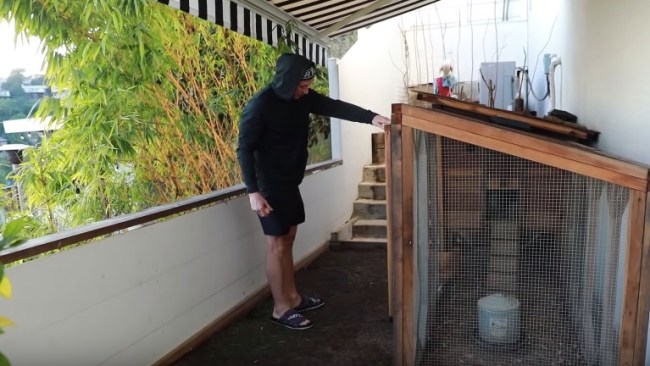 Objectively speaking, Diplo seems like a pretty chill dude. He’s a celebrity, a world-famous DJ, has a net worth estimated in the tens of millions. I wouldn’t be shocked if someone like that turned out to be a shitty person but that doesn’t seem to be the case with Diplo, real name Thomas Wesley Pentz Junior.

He’s worked with just about every popular musician I can think of in Hollywood over the past decade including Snoop Dogg, Madonna, Beyonce, Britney Spears, Justin Bieber, No Doubt, and the list goes on and on. He is a well-connected dude and in this ’24 Hours With Diplo’ clip from Vogue he opens up by discussing his friendship with Post Malone.

Specifically, he says that Post Malone never hits him back so when Post was like ‘bro, let’s go watch shopping!’ he went. Then he flashes a fucking Patek Philippe worth nearly $100,000 and talks about how he doesn’t even give a shit about watches. To this, I say, you can send it my way. I’m happy to take that watch as a gift. Honestly, I could really use an über wealthy friend in my life like Diplo who could give me his old luxury watches when he’s done with them.

Our lives really aren’t all that different at the end of the day. We both own watches. Sure, mine aren’t nearly as expensive but I’m always grinding in an effort to change that. We both do yoga. I might not do it every day but I get in a good yoga sesh every now and then. I drive myself around while he has a driver, but we both eat food and dress like fools.

We’re pretty much cut from the same cloth. Now I just need to find a way to get myself an $85K Patek. Also, I’m pretty jealous of that chicken coop. I could really use one of those in my life.