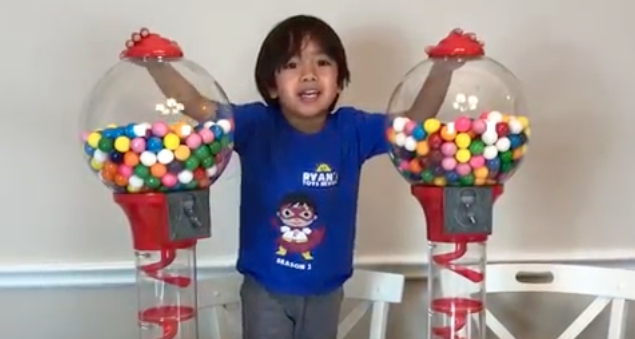 Call me old-fashioned, but growing up I was sold on the idea that the way to get rich is to get a higher education, be a cube monkey for a corporation for 30+ years, have your hopes and dreams sucked away from you in the process, and retirement will come around right when you need to drain all the funds on a pacemaker. I learned from the previous generation, who switched jobs about as much as Doug Funny switches outfits.

But, this idea is antiquated. Now, there is there is no rhyme or reason to wealth accumulation. I mean, we live in a world where Jake Paul just bought a $6.925 million, 15,000-square-foot mansion in Calabasas, California. Yeah, the dude who just released a Christmas album called Litmas.

What’s more unsettling for a 30-year-old who still needs to tightly manage his Christmas gift budget, a goddamn 6-year-old who messes around and makes YouTube videos generated about $11 million in pretax income in 2017, according to Forbes.

Ryan is the 6-year-old “host” of Ryan ToysReview, a popular toy-review channel on YouTube run by his parents. According to Business Insider, the account began when Ryan was a 4-year-old fan of toy-review videos and asked his parents why he couldn’t also review toys on YouTube. Now, the channel has 10 million subscribers and his video reviewing a box containing more than 100 toys from Pixar’s Cars has over 800 million views. It’s literally a kid playing with toys.

Here is Ryan reviewing a candy dispenser, which has amassed over 4 million views.