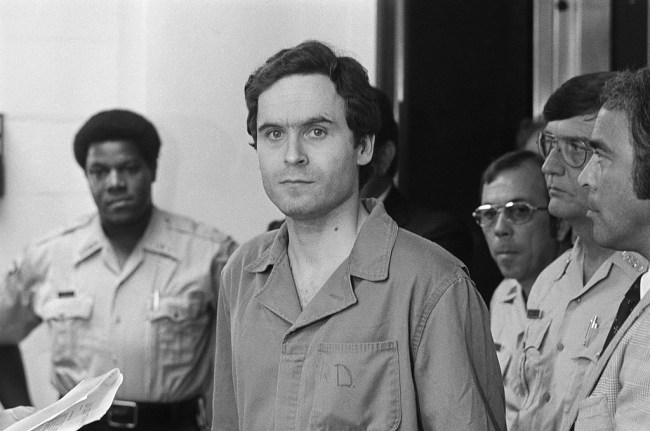 Earlier this year we had Zac Efron portray Ted Bundy in the Netflix film Extremely Wicked, Shockingly Evil and Vile. The movie focused on Bundy’s longtime girlfriend Elizabeth Kendall, also known as Elizabeth Kloepfer, and was played by Lily Collins and we also had a portrayal of her daughter, Molly.

In this new Ted Bundy docuseries titled Ted Bundy: Falling For A Killer, we will actually hear from the real Elizabeth and the real Molly as they are set to speak out in the five-part series coming to Amazon.

According to the show’s official statement, the show “reframes Bundy’s crimes from a female perspective – uncovering the disturbing and profound way in which Bundy’s pathological hatred of women collided with the culture wars and feminist movement of the 1970s, culminating in what is perhaps the most infamous true-crime saga of our time.

After nearly 40 years of silence, Kendall and her daughter Molly share their experiences with new unsettling details about Bundy, the inconceivable pull he had on women, and an abundant archive of never-before-seen family photos.”

This sounds pretty intriguing and will certainly piggy-back off of the Netflix documentary Conversations With A Killer: The Ted Bundy Tapes in which we saw real recordings and reactions about Bundy and the murders he committed.

Both of the recent Bundy-focused works recently released went in-depth, but this upcoming docuseries sounds like it will be groundbreaking in terms of what exactly was going on amidst Bundy committing his 30 some odd murders from Elizabeth and Molly’s viewpoint, first-hand.

Bundy confessed to 30 homicides, but he may have killed over 100 people. He is one of the most well-known serial killers of all-time. Many regarded him as attractive and enchanting and he was able to use his charm to get close to mostly college-aged women.

There is no official release date for the new docuseries, but it’s safe to say that it will be extremely popular when it drops sometime in 2020.