What To Know About ‘Conversations With A Killer: The Ted Bundy Tapes,’ Netflix Documentary You Shouldn’t Watch Alone 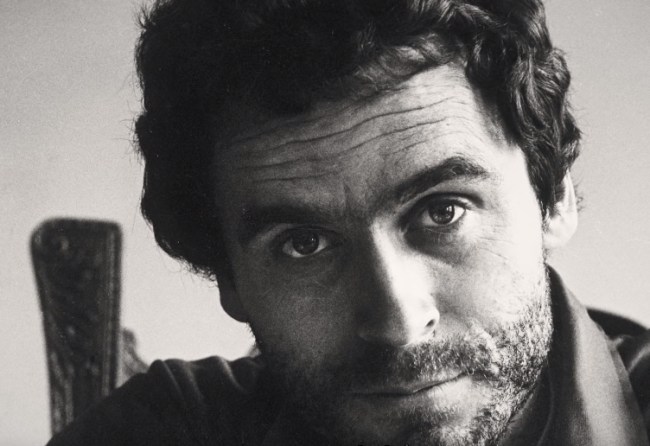 It was 30 years today, January 24th, Ted Bundy was executed by way of electric chair at Raiford Prison (now known as Florida State Prison) at 7:16 in the morning with a crowd of 2,000 people gathered nearby to cheer and celebrate the infamous serial killer’s death. Bundy died at the age of 42-years-old, far older than the 30 young women he murdered in seven states between 1974 and 1978. On the 30th anniversary of his death, Netflix has released the new documentary Conversations With A Killer: The Ted Bundy Tapes. If you’re not familiar with Ted Bundy and the innocent victims that he brutally slaughtered in the 1970s, here’s what you need to know about the serial killer before watching the documentary.

for those of us with a PhD in true crime podcasts, Conversations with a Killer: The Ted Bundy Tapes is now streaming

RELATED: Here’s What You Need To Know About Every Serial Killer That Will Be In The Next Season Of ‘Mindhunter’

The documentary’s director Joe Berlinger explained why The Ted Bundy Tapes is still so frightening even decades after Bundy’s death. “”Ted Bundy is the quintessential American enigma. He taps into our most primal fear: That you don’t know, and can’t trust, the person sleeping next to you. People want to think those who do evil are easily identifiable. Bundy tells us that those who do evil are those who often people we know and trust the most.” Berlinger told Refinery29. “The Netflix series is a catalouging and deep dive into the cradle to grave of Ted Bundy, really dissecting his crimes and methodologies.”

Ted Bundy confessed to 30 homicides, but he may have killed over 100 people. Bundy wasn’t your run-of-the-mill serial killer because many regarded him as attractive and enchanting. Bundy was able to use his charm to get close to young, mostly college-aged women. He would sometimes fake an injury to ask strange women to carry his belongings to his Volkswagon Beetle.

Ted Bundy, who was born Theodore Robert Cowell, informed his attorney Polly Nelson that he studied detective magazines, crime novels, and true crime documentaries for stories that involved sexual violence, and he sought out ones that featured photos of dead or maimed bodies. He also told Nelson that he attempted his first kidnapping in 1969 in Ocean City, New Jersey.

RELATED: Watch This Documentary Now: ‘Murder Mountain’ On Netflix Is As Sinister As It Sounds

There is no clearcut consensus on when he started murdering women because Bundy was a compulsive liar and told different people so many different stories. He told psychologist Art Norman that he killed two women in Atlantic City, N.J., in 1969 while visiting family in Philadelphia. Bundy told homicide detective Robert D. Keppel that he killed someone in Seattle in 1972 and murdered a hitchhiker in 1973 near Tumwater, Washington.

The first official homicide attributed to Ted Bundy and what many believe was the beginning of his killing spree was the 1974 kidnapping and murder of 22-year-old Lynda Ann Healy in Washington state when he was 27. Suddenly in the first six months of 1974, female students started disappearing from colleges in Washington at the rate of one per month. In late 1974 and early 1975, female students started to get murdered in Colorado, Idaho, and Utah.

On August 16, 1975, Bundy was arrested by a Utah Highway Patrol officer in the town of Granger, which is a suburb of Salt Lake City. The officer saw Bundy cruising around residential areas in the early morning and Bundy sped away after he noticed the patrol car. When the police officer stopped Bundy he found that the Beetle’s front seat had been removed and inside the car was a ski mask, a second mask fashioned from pantyhose, a crowbar, handcuffs, trash bags, a coil of rope, and an ice pick. There wasn’t significant evidence to detain Bundy and he was set free.

In September, Bundy sold his VW Bug to a teenager in Midvale, Utah. Police impounded it and FBI technicians searched the vehicle. They found hairs matching three women who had been recently murdered: Caryn Campbell, Melissa Smith, and Carol DaRonch. Police arrested Bundy, but they didn’t have enough evidence to charge him with the murders.

In June of 1977 during his trial where he was representing himself, he was allowed to go to the courthouse’s law library so that he could do research for his case. He jumped out of the second-story window and escaped out into the woodlands of the Aspen Mountain. Six days later, police arrested Bundy in Aspen while he was driving a stolen car.

On the night of December 30, 1977, Bundy escaped the jail in Glenwood Springs after he acquired a hacksaw blade and sawed through the ceiling of his cell. He then stole a car, which broke down, then hitchhiked, then took a bus to Denver where he then flew to Chicago. The correctional officers didn’t realize Bundy had escaped until 17 hours later. Bundy then traveled to Ann Arbor, Michigan, stole another car and drove south to Atlanta. By January 8th he had made it all the way to Tallahassee, Florida.

Bundy stayed at a boarding house near Florida State University. On the early hours of January 15, 1978, Bundy broke into FSU’s Chi Omega sorority house and violently attacked and horrifically sexually assaulted four college women. Bundy escaped unscathed and attacked FSU student Cheryl Thomas in the street. Within days, it is believed that Bundy killed a 12-year-old from Lake City, Florida.

RELATED: Statistics Show That America Is Experiencing A Shortage Of Serial Killers (Not That It’s A Bad Thing)

Conversations With A Killer: The Ted Bundy Tapes features present-day interviews, archival footage and audio recordings made on death row that put you inside the severely disturbed and dark mind of the infamous serial killer who has decapitated, dismembered and tortured his victims. Criminal and psychological expert investigators Stephen Michaud and Hugh Aynesworth interviewed Bundy about his crimes and their recordings of the conversations provide a horrifying profile on this monster.

“What he really had in mind was a celebrity bio,” said Stephen Michaud. “Ted stands out because he was quite an enigma: clean-cut, articulate, very intelligent, just a handsome, young, mild-mannered law student. He didn’t look like anybody’s notion of someone who would tear apart young girls.”

Bundy gave interviews to the investigators working on Ted’s appeals case because he was representing himself in court and truly believe his testimony would clear his name. “I didn’t really believe it. I didn’t disbelieve it,” a now 70-year-old Michaud says of interviewing Ted Bundy while he was on death row. “But I knew it’d be a hell of a story either way, so I went into the prison with my tape recorder.”

The interviews and insight into Ted Bundy’s warped mind were printed in the 1989 book titled Ted Bundy: Conversations with a Killer and the 1983 book The Only Living Witness: The True Story of Serial Sex Killer Ted Bundy. The chilling part about the new four-hour documentary is that it is narrated by the grotesque Bundy and you hear a murderer in his own sick words. The interviews have over 150 hours of Bundy talking and for the first time ever they will be available to the public in Conversations With A Killer: The Ted Bundy Tapes.

You do get an inside look at how authorities utilize different interrogation techniques on serial killers. For instance, Michaud got Bundy to open up by appealing to Ted’s arrogance of him always thinking he was the smartest person in the room. Michaud instructed Bundy to talk about the crimes in the third person, like Ted was an expert on the subject and giving his analysis. “He grabbed my tape recorder, nestled it in his lap, and off he went,” Michaud said. “I was more of a stenographer than a journalist through much of this. I just had to keep the tapes going and take notes.”

There is also an upcoming film about Ted Bundy staring Zack Effron as the notorious serial killer titled Extremely Wicked, Shockingly Evil and Vile. This movie will focus on Bundy’s longtime girlfriend and mother of his child Elizabeth Kloepfer, who refused to believe the shocking crimes committed by her boyfriend of six years starting in 1969.

“I handed Ted my life and said, ‘Here. Take care of me.’ He did in a lot of ways, but I became more and more dependent upon him. When I felt his love, I was on top of the world; when I felt nothing from Ted, I felt that I was nothing,” Kloepfer later wrote of their hot-and-cold relationship in her memoir.

Extremely Wicked, Shockingly Evil and Vile will premiere at the Sundance Film Festival on January 26, 2019.