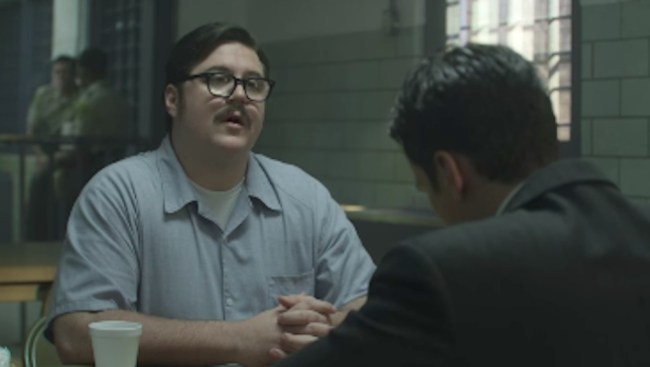 As a fan of everything David Fincher does, I went into Mindhunter with fairly high expectations that were more than surpassed thanks to a very impressive first season. In addition to an incredibly solid cast, the show managed to create the kind of suspense and uneasiness that makes you double check if you locked your door before you go to bed.

Cameron Britton stole the show thanks to his uncanny portrayal of Edmund Kemper but there is no shortage of disturbed minds for the show to pull some inspiration from. Based on some recent info, they’re digging fairly deep for a second season that will feature some of America’s most infamous killers.

The Hashtag Show got their hands on a list of roles Netflix is looking to cast for next season and it features a laundry list of particularly twisted souls. There’s been no news concerning when season two will be released, so if you’re trying to kill some time until then, you might want to take a few minutes to read this primer so you know what to expect going into the new episodes.

Convicted murderer and suspected serial killer Paul Bateson on the set of The Exorcist pic.twitter.com/SHlharlfo1

In 1979, Bateson— who had previously appeared as an extra in The Exorcist— was arrested for the murder of a film critic. While in jail, he bragged to his fellow inmates about other murders he had committed while targeting gay men in New York City. However, he was only convicted of the initial charge and served 20 years before being released in 2004.

The man known as “The Son of Sam” shot 15 people (killing six) in New York City over the course of a year in the late 70s. Much like the Zodiac Killer, he taunted the police as they continued to hunt for him. When he was arrested, Berkowitz claimed a demonic dog had ordered him to commit the crimes, which should make for one hell of a psychological profile.

William Henry Hance (c. 1952[1] – March 31, 1994) was an American soldier and serial killer who is believed to have murdered four women in and around military bases before his arrest in 1978. He was convicted of murdering three of them, and not brought to trial on the fourth. pic.twitter.com/7DQ5QEjYhI

In 1978, there was a string of murders in Georgia perpetrated by Carlton Gary, who was dubbed the “Stocking Strangler.” Hance, who was a soldier stationed in the state at the time, attempted to throw police off his trail by sending a letter claiming the crimes he committed were actually perpetrated by a group of vigilantes threatening to kill a hostage if the Strangler wasn’t apprehended. Thanks to the help of Robert Ressler (the inspiration for the character of Holden Ford) he was apprehended and executed after being convicted of three murders he was charged with in criminal court (he was court-martialed and found guilty of a fourth).

Henly was one of three accomplices who conspired to kill almost 30 teenage boys in a series of killing coined the “Houston Mass Murders.” Aided by Dean Corll and David Owen Brooks, the trio committed their crimes over the course of three years. The spree ended after Henley shot Corll after a kidnapping gone wrong before turning himself into police. He is currently serving six consecutive 99-year sentences.

Ford attempted to interview Manson in the first season of Mindhunter but was ultimately shut down. However, it looks like he’ll finally have his shot to chat with the leader of The Manson Family next season. While he technically isn’t a serial killer, Manson’s followers murdered actress Sharon Tate and four others during a spree in the summer of 1969. Quentin Tarantino is currently making a movie chronicling the shocking incident featuring a star-studded cast. 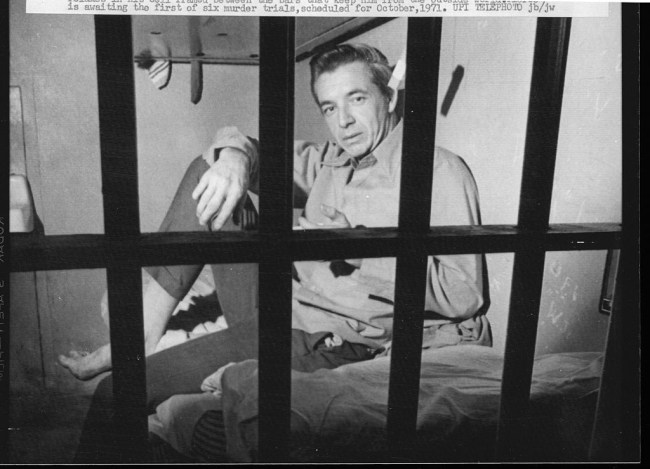 Pierce Jr. was paroled in 1970 despite clear signs that he was a danger to himself and others— a prophecy that came true after he allegedly committed at least nine murders over the course of the year following his release. He confessed, but some people believe he was coerced into doing so and some of the evidence called into question its legitimacy. However, Pierce Jr. was still sentenced to life in prison for the killing of a senator’s daughter.

Dennis Rader— commonly referred to as the “B.T.K. Killer”— made multiple (albeit brief) appearances during the first season of Manhunter. He killed 10 people in Kansas over the course of 16 years while mocking law enforcement every step of the way. He wasn’t arrested until 2005, so while he won’t cross paths with Ford in the upcoming season, it looks like his storyline will be one of the more central ones in the show.