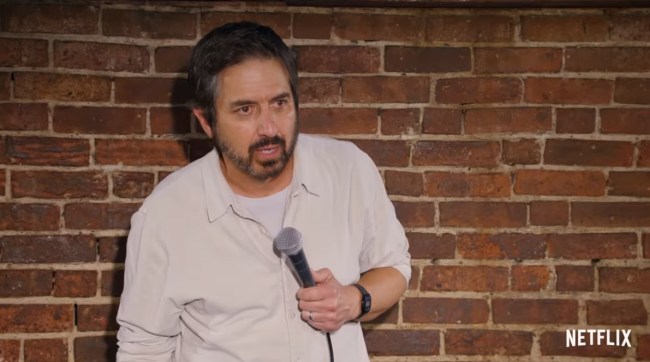 Are you snowed in? Is it freezing cold where you live? If so, that’s good news! What?! Yes, thanks to the inclement weather many of us are having to deal with, we now have all sorts of free time to spend getting caught up on our Netflix binge-watching!

After all, new year, new TV shows and movies that we simply have to watch.

Speaking of must-see TV, Netflix just released their list of what’s new in the month of February. Some highlights for the second month of 2019 include Netflix Originals like Russian Doll, Velvet Buzzsaw, Larry Charles’ Dangerous World of Comedy, Kevin Hart’s Guide to Black History, and Ray Romano: Right Here, Around the Corner.

It also means a whole new batch of movies to watch like all four Jaws movies, the first three American Pie movies, The 40-Year-Old Virgin, Our Idiot Brother, Unsolved: Tupac & Biggie, and more.

Better hurry though on some other movies, because titles like The Big Lebowski, Lara Croft: Tomb Raider, Clerks, and The Bourne Ultimatum are going, going, gone in February.

Ray Romano: Right Here, Around the Corner (Netflix Original)
23 years after his last stand-up special, comedian, screenwriter, and Emmy Award-winning actor Ray Romano debuts his first Netflix comedy special, Ray Romano: Right Here, Around the Corner. Performing two sets on the same night – one at Manhattan’s Comedy Cellar and the second at the Village Underground, literally around the corner – Romano advises on choosing friends, surviving marriage, and knowing the difference between being old and not being young.

Available February 14
Ken Jeong: You Complete Me, Ho (Netflix Original)
The comedian (Crazy Rich Asians) talks about going from being a doctor to starring in The Hangover in his first Netflix stand-up special.