A Wu-Tang Clan Video Game Is Reportedly In The Works 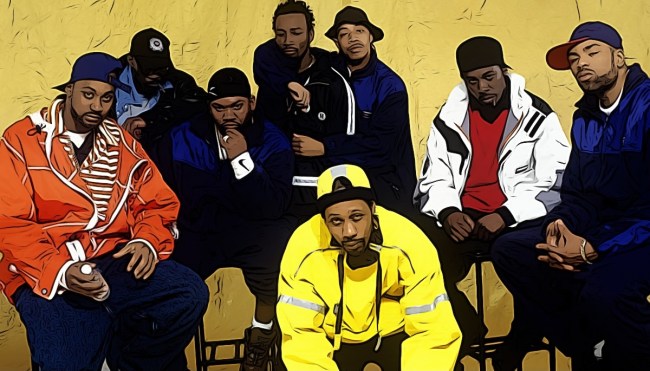 In 2003, Electronic Arts released Def Jam Vendetta, which allowed players to control some of the biggest names in hip-hop at the time as they engaged in pro wrestling matches. The following year, fans were treated to an expanded sequel in the form of Def Jam: Fight for NY, which arguably remains the gold standard when it comes to rap-inspired video games.

Of course, that’s really not saying much when you consider the competition is primarily limited to a PC game from the 1990s featuring a rapping cartoon dog, a franchise where 50 Cent waged a personal war in the Middle East, and titles like NBA 2K22 that included minigames that nobody really asked for. With that said, we may soon be treated to a new entry in the genre courtesy of none other than the Wu-Tang Clan.

The aforementioned Def Jam series gave players a chance to fight as Method Man, Redman, and Ghostface Killah, and according to ComicBook.com, fans of the legendary hip-hop group may soon get the chance to control even more members of the Staten Island crew in a video game that’s reportedly being developed by Xbox.

Based on what a couple of industry insiders have reported, the unannounced project is being made in conjunction with Brass Lion Entertainment and will be a third-person RPG featuring a co-op experience that would allow up to four different players to participate in the melee-based combat. The game will supposedly draw from “lore associated with Wu-Tang Clan” (with the group also playing an instrumental role in the soundtrack), and given their long history of drawing from kung-fu movies for inspiration, it’s hard to imagine certain elements from that genre won’t be front and center.

In 2015, a debunked story about a contract clause that would allow the Wu-Tang Clan to team up with Bill Murray for a heist to steal the Once Upon a Time in Shoalin album from Martin Shkreli made the rounds online. That might’ve been fake, but I can’t think of a better plot to incorporate into the game.