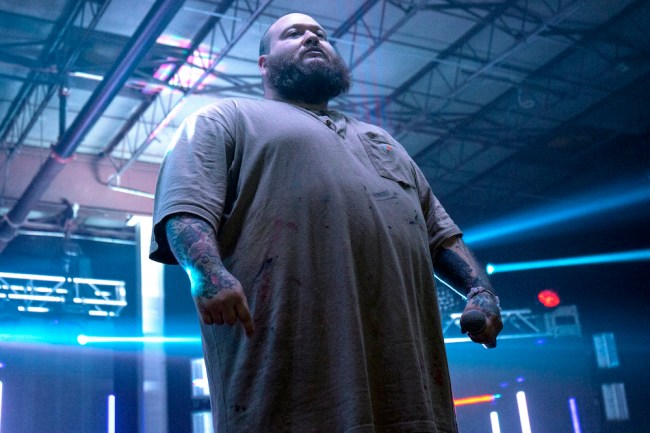 Rapper and TV host Action Bronson made some major life changes over the last few months.

The cookbook author and star of F*ck That’s Delicious told TMZ Live in May that having his tour canceled and becoming a dad were two major factors in the weight loss.

At that point, he said he dropped 50 pounds “working out like crazy,” starting a juicing regime, and cooking for his family.

This past weekend, Bronson posted a video to Instagram and the rapper seems to be sticking to his weight loss goals.

He’s now down 65 pounds and got honest with fans in the post.

“I was on a path that leads straight to the graveyard,” he wrote in the caption. “Eating for sport took its toll but it’s my fault and it’s on me to fix me. I owe it to myself and my family. I reached 363 pounds and I’m down to 298. Then a good friend got me to the right spot now I’m training hard. This is week one.”

Bronson has some famous friends cheering him on in the comments section.

“Respect… u got this,” said UFC fighter Shane Burgos while fellow MMA fighter Ilir Latifi chimed in, “Keep it up.”