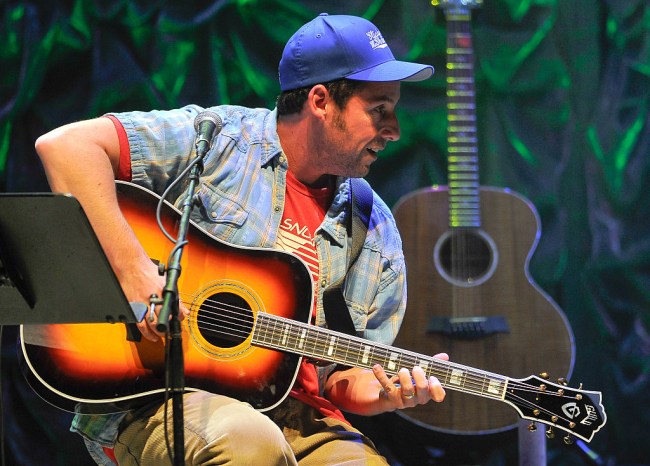 It pains me to think that there are probably some young people out there who primarily know Adam Sandler as “That guy in all of those shitty movies,” and even though I won’t defend most of what he made after Big Daddy, he’ll always be a legend thanks to the way he dominated comedy in the 1990s.

I was first turned on to Sandler when I was shown Happy Gilmore and Billy Madison by that cousin everyone has who exposes you to things your parents would never approve of. However, I truly fell in love when he hooked up my iPod to his computer so I could listen to his comedy albums.

Sandler released They’re All Gonna Laugh at You! in 1993, a debut album which features a collection of sketches like “Toll Booth Willy” that no 12-year-old has any business listening to in addition to some songs like “Lunchlady Land” that would eventually get some exposure courtesy of Saturday Night Live.

It also contains “The Thanksgiving Song,” which Sandler had initially performed when he was carving a niche for himself on the show in 1992.

A couple of years later, he added to his “Songs About Things With ‘The’ In Front Of Them” collection with another classic in the form of “The Chanukah Song.”

Sandler eventually pivoted away from the whole music thing, but a couple of years ago, he went back to his roots for a Netflix special that featured an awesome tribute to fellow comedy icon Chris Farley.

It’s safe to say the world could use a laugh or two these days, and on Thursday, Sandler did what he could to raise our collective spirit a bit when he debuted “The Quarantine Song” on The Tonight Show, which is an ode to the medical personnel who are currently on the frontlines.

We might all feel like lonesome kickers right now but it’s important to remember we’re all on the same team.