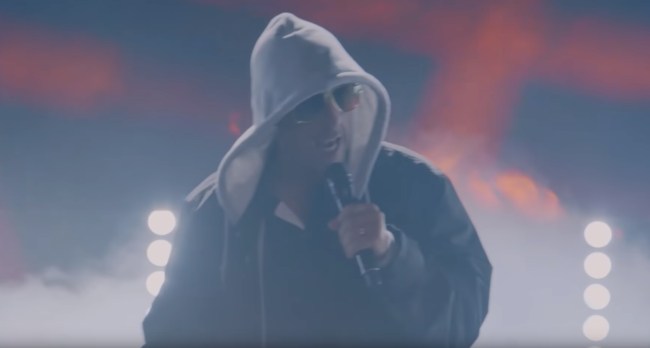 Two weeks ago we found out that Adam Sandler was releasing a new Netflix comedy special titled 100% Fresh. Sandler hadn’t released a comedy album since 2004’s Shhh…Don’t Tell and it’s been over two decades since his platinum-selling classics They’re All Gonna Laugh at You! in 1993 and What the Hell Happened to Me? in 1996. His singing days from Saturday Night Live were from 1990 until 1995. So after all of these years later, could Adam Sandler put out a relevant and funny song? Based on the new song Phone, Wallet, Keys, Sandler is as creative and hilarious as ever.

Sandler takes the rudimentary routine that every guy does as they’re leaving the house, pat down their pockets to make sure you have your phone, wallet, and keys, and transforms it into a straight-up banger.

Sandler’s 100% Fresh doesn’t quite live up to its billing, but the Netflix special has a Rotten Tomatoes score of 91% fresh.

I didn’t realize until this morning, because I turned my Sandler push alerts off in 2009, but the Sandman has a new Netflix special called 100% Fresh, and people seem to be digging it. I’ve yet to watch, but it’s currently got a 90 percent on Rotten Tomatoes, which is a big deal for a guy whose average RT score is somewhere around 20 percent.

Diggin’ in the crates for this classic.