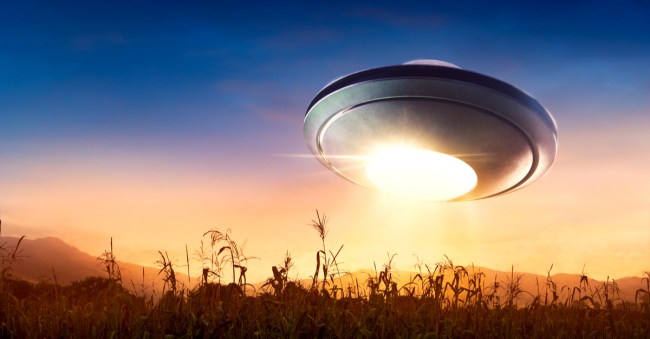 Retired U.S. Air Force Colonel Charles Halt believes two of his airmen may have been abducted by aliens in Rendlesham Forest near Suffolk in the UK in December of 1980. Known as the UK’s Roswell, Staff Sgt. Jim Penniston and Airman John Burroughs claim that they saw a small triangular craft land in the forest. Penniston also says that the craft was “smooth to the touch” and covered with strange symbols, and “dripping molten metal.”

What makes this particular UFO sighting unique is the fact that following the incident the soldiers’ account was documented in voice recordings and in pictures they drew.

Now, in previously unseen footage obtained by The Sun, former deputy base commander Charles Halt states that “Burroughs ‘may have been abducted’ and that the men were ‘unaccounted for’ for hours.”

Halt, who made an 18-minute audio recording of the incident, went on to write a memo detailing what happened which he sent to the MoD but defence chiefs said the incident was of “no defence significance.”

For years it has been rumoured Penniston and Burroughs, who were security policemen, may have been snatched by the UFO as they were out of radio communication with their Central Security Control (CSC) for several hours – but no one officially involved in the incident has ever publicly stated it.

Now former British police detective Gary Heseltine has released a video clip from 2010 – when he toured the forest with Halt for a documentary that was never made.

The video clip was recorded by Heseltine’s wife during a break in filming and shows Heseltine walking with Halt in the forest in an effort to retrace his steps during the the third night of UFO activity during the 1980 incident.

In the video, Halt says: “He [Burroughs] may have been abducted who knows… You know there is LOST TIME, we know that? They were not on the radio … You’ve got men out in the forest that you can’t …. unnaccounted for hours..”

You can watch the video here.

Here is another video of an interview with Staff Sgt. Jim Penniston speaking about the encounter.

And here’s a video of Colonel Halt giving a detailed account of the event, including statements from radar operators at RAF Bentwaters, another base around three miles away from his base RAF Woodbridge.