You Can Buy Your Own Aircraft Carrier Starting At The Low Price Of $1.2 Million 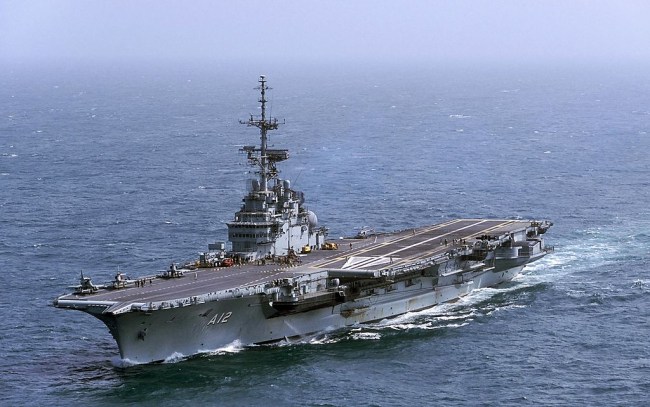 Brazil is selling its one and only aircraft carrier. Brazil’s Ministry of Defense is attempting to modernize its naval fleet. To get money for their new navy, they are selling their retired aircraft carrier São Paulo. Imagine the party potential of an aircraft carrier.

Brazil’s Ministry of Defense is auctioning off the São Paulo with bids starting at $1.275 million, which is approximately a tenth of what Brazil paid France for the Clemenceau-class aircraft carrier nearly two decades ago. The aircraft carrier was originally in 1963 and commissioned in the French Navy, named the “Foch.” Christmas is only 86 days away, what better gift for that budding despot in your life?

The São Paulo aircraft carrier was in service with the Brazilian Navy for seven years. But the ship was crippled by reoccurring maintenance and structural issues. There were even two fires on the boat that killed several sailors. Over the course of 20 years, the Sao Paulo was only at sea for 2016 days.

Brazil was sold a lemon of a ship because the São Paulo was never operational for longer than three months before it needed repairs. Besides paying France $12 million for the aircraft carrier, the South American country sank $100 million into the floating money pit.

So dig through your couch cushions and scrap up some extra coin because who wouldn’t want their very own aircraft carrier. Remember, airplanes sold separately.