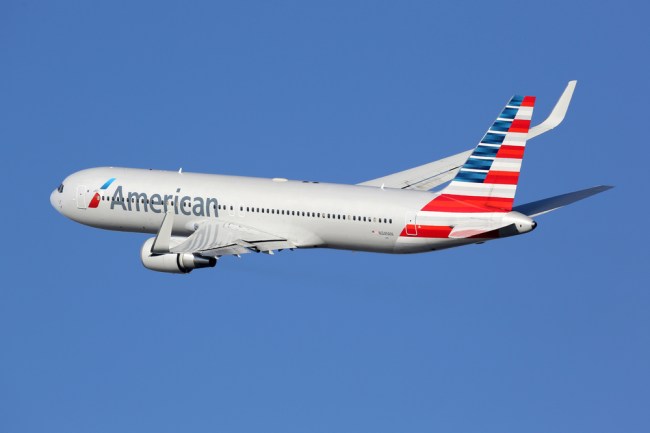 Last month, we brought you the unfortunate news that airlines are beginning to do away with the seatback in-flight entertainment screens to cut costs and reduce bulk and weight to the seats, forgoing the only remaining luxury in the skies.

American Airlines has already begun phasing out the personal screens, and is now guilty of making flying even more uncomfortable.

Back in May, as Uproxx reports, American Airlines announced it was decreasing  the front-to-back space between some of its economy class seats by another two inches in a mission to add more seats on its coming Boeing 737 Max jetliners. The airline carrier has reduced the pitch from 31 to 29 inches on three rows of the airplane, and down to 30-inches in the remainder of its main economy cabin.

American Airlines also announced that they would reduce the size of the oh-so-roomy bathrooms to squeeze in about a dozen more seats in the cabin than in older versions of the 737 jets.

According to the LA Times, flight attendants have begun to complain about the smaller bathrooms, which contain sinks so small, passengers can only wash one hand at a time and often are splashed with ricocheted water when attempting to wash up. Flight attendants have a whole separate issue with the configuration.

In 5 years, the bathrooms will be so small that the next generation will have no concept of the Mile High Club.