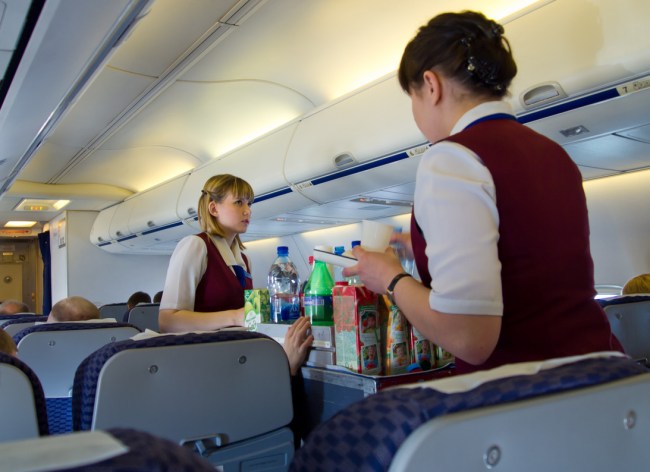 There’s nothing I wouldn’t do to be able to recapture the magical feeling of anticipation that used to wash over me on Christmas Eve before I learned everything I thought I knew about Santa Claus was a lie, but despite my best efforts, I’ve been unable to find something that comes close to being able to generate the same number of butterflies.

While they might not fill the void entirely, I have discovered some fairly adequate replacements, as thanks to the power of modern technology, I’ve been able to swap NORAD’s Santa Tracker for the UPS website that I constantly refresh over the course of the day while keeping tabs on the exact location of the truck containing whatever delivery I’m eagerly anticipating.

I wouldn’t necessarily describe myself as a fan of flying, but with that said, one of the perks of air travel is that one particular tradition has managed to scratch my aforementioned itch better than any other alternative I’ve come across since developing trust issues with my parents: the wait for the drink cart.

Any disappointment I feel when my phone loses a signal is replaced by a feeling of excitement that grows with every passing minute as I peruse the drink menu, glancing up toward the front of the cabin every so often until the moment my heart skips a beat after seeing the flight attendant has started making their way down the aisle with a sleigh full of goodies in the form of tiny, overpriced bottles of alcohol.

I haven’t gotten on a plane since January and don’t anticipate I will at any point in the foreseeable future, but if I’m forced to cram myself into a confined space with a bunch of strangers in the middle of a pandemic, you can be damn sure I’m ordering a double vodka soda to help calm the nerves a bit.

Sadly, it appears that will be fairly hard to do if I find myself on one of the airlines that have recently stopped selling alcohol on flights due to safety concerns.

According to CNN, both Delta and American are no longer offering libations on all domestic (and some international) flights in an attempt to limit the number of interactions between members of the flight crew and passengers. Airlines on other continents have also instituted similar policies, including Easyjet, British Airways, Virgin Atlantic, and KLM.

It appears the move is also designed to prevent people from unnecessarily lowering their masks, but thankfully, there are a couple of workarounds. American is still serving alcohol in first class (because even a highly contagious disease wouldn’t have the gall to pass through the almighty curtain that separates the elites from the peons), but if you’re looking for a more affordable option, you can just cram as many nips as possible into your quart-size bag and stash them in your allotted personal item.

Yes, it’s technically illegal to open them on a plane, but during strange times like these, you’ve got to do what you need to in order to stay sane.