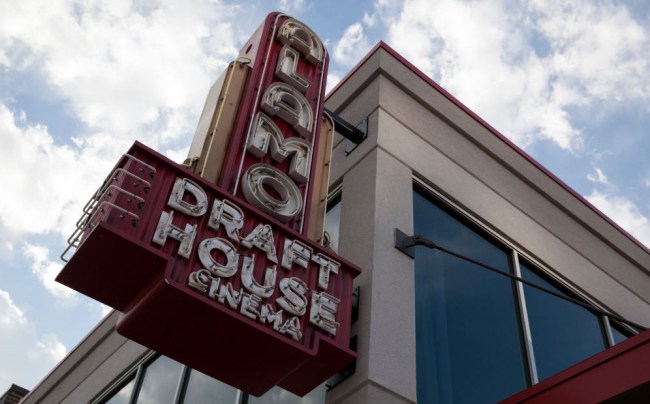 I’m still not entirely sure why sitting silently in a dark room for a couple of hours alongside people you know is considered a social activity, but with that said, there’s nothing quite like watching a movie in a theater with your friends.

Sometimes it’s boring as hell, like the time I went to a matinee of Indiana Jones and the Kingdom of the Crystal Skull with my mom (yes, she’s my friend) and we turned out to be the only people there. It certainly wasn’t the most electrifying moviegoing adventure of my life, but I was young enough to be so fired up about Indiana Jones going into it (although the same couldn’t be said about going out of it) to really care about the atmosphere.

On the opposite end of the spectrum was the night I went with four of my closest buddies to see Eddie The Eagle when we were in high school. Armed with the insane amounts of immaturity you typically possess when you’re 16, we spent most of the movie running laps around the seats and succumbing to the teenage impulse to be as loud and obnoxious in a public setting as possible. Do I feel bad about it now? Yes, but I would feel much worse if we’d ruined basically any other movie in existence compared to a 2016 Hugh Jackman vehicle you probably forgot about until you read this paragraph.

Going to a movie theater is one of the many forms of entertainment we’re currently being deprived of thanks to the state of the world. Seeing Tenet in a packed house on opening night was one of the things I was looking forward to more than anything else this year, but at this point, I’ll just settle for seeing literally any movie in a theater just to get a taste of our old way of life.

Thankfully, Variety reports Alamo Drathouse might be able to make my dreams come true, as you can now rent your very own theater where up to 30 people can attend a private screening of one of the 40 movies you can pick from. Assuming you have enough friends, it’s actually pretty reasonable, as you’ll only have to shell out $150 to have the place all to yourself (although you have to drop at least another $150 on food over the course of the viewing).

As of right now, you can only take advantage of this service at Alamo’s flagship theater in Austin and its location in Denver, but if you’re in the vicinity of either of those spots, here are the movies you can pick from:

If we’re being honest, this is a pretty mediocre list. I guess catching Jaws or Mad Max: Fury Road on the big screen would definitely be a good time but none of those titles really give off the “private screening with the boys” vibe at first glance. With that said, getting 15 of the fellas together for an evening of food, beer, and Kung Fu Panda could be pretty entertaining but I might just sit this one out.