Want To See An Alcohol-Fueled Toy Car Go 205 MPH? Hell Yes, You Do! 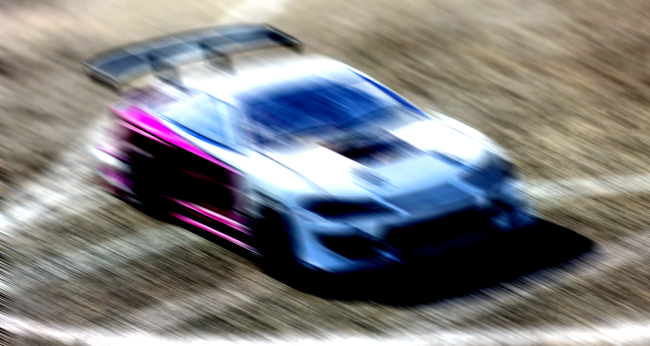 Listen, I am not going to even pretend that I have any first-hand knowledge of what you are about to see. I just know that you need to see it. Because it’s absolutely insane (and looks dangerous as heck).

What you will see in the video below is what’s known as a tether car time trial in which the car in questions reaches an absurd speed of 205 MPH. That’s not a scale number, it really goes 205 mile per hour.

So, I hear you asking, what the hell is a tether car?

According to Wikipedia (which is never wrong), tether cars “are model racing cars powered by miniature internal combustion engines and tethered to a central post. Unlike radio control cars, the driver has no remote control over the model’s speed or steering.”

So a tether car is kind of like an RC car without the RC that runs full-throttle on a specially designed track to keep it from launching into outer space.

Tether cars were developed beginning in the 1920s–1930s and still are built, raced and collected today. First made by hobby craftsmen, tether cars were later produced in small numbers by commercial manufacturers such as Dooling Brothers (California), Dick McCoy (Duro-Matic Products), Garold Frymire (Fryco Engineering) BB Korn, and many others. Original examples of the early cars, made from 1930s to the 1960s, are avidly collected today and command prices in the thousands of dollars.

The video below takes place in Whittier Narrows.

Since, as mentioned, I have no idea what the hell is going on here, Victoria Scott of The Drive provides an excellent explanation of how it works.

The car is pushed to start, and the “driver”, who stands in the middle of the course, pulls it around the track via a steel cable. When the car is going fast enough, the “driver” releases the tow rope and gets out of the way, and the car keeps the cable off the ground through sheer momentum. Once the car performs its top speed run, and the time trial is over, the fuel supply is shut off by hitting the fuel cut switch located on the outside of the car with a broom.

You ready? You are not ready.

That’s not even the world record speed for one of these bad boys.

Want to know how to build your own 200 MPH tether car? The American Miniature Racing Car Association provides instructions on how to do it.

Now then, if you thought that tether car going 200 MPH was nuts, how would you like to see an actual RC car that goes 200 miles per hour?