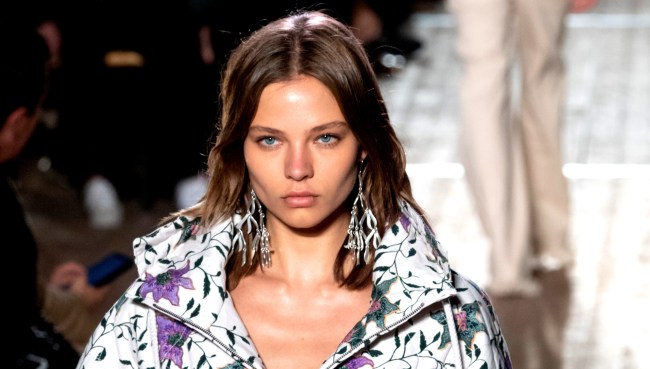 Alesya Kafelnikova, the daughter of former world number one tennis player Yevgeny Kafelnikov, is in trouble for posing naked on an endangered elephant for Instagram clout.

22-year-old Alesya, a social media influencer with 552,000 followers on Instagram, sparked a fury of protests when she was filmed posing naked on the back of a Sumatran elephant in Bali, Indonesia, where Kafelnikova currently lives.

The brief video (which you can view below), captioned, “Natural vibes” by Kafelnikova, no longer appears on her account, but she did leave up a Instagram photo of herself next to the elephant with the caption, “To love nature is human nature.”

Speaking to SunOnline, a spokesperson for the charity Save the Asian Elephants said about Kafelnikova’s video, “Yet another tragic trivialisation of the majestic Asian elephant when the species is fighting for its very existence against brutal abuse in tourism and human ‘entertainment’.

“Save The Asian Elephants stands for a ban by law on the advertising and sale of unethical venues where these special creatures are commercialised with beating, stabbing and every kind of torture to break them for easy commercial exploitation – genuine sanctuaries only.”

She might be beautiful... but she is obviously not very intelligent.

It’s so sad that some people are completely oblivious to animals and their welfare, instead just being interested in ‘followers’ and 💰💰💰💰💰💰

Perhaps she needs to now make a donation to some 🐘🐘 charities

Kafelnikova later took to Instagram in attempt to defend her actions, writing, “If someone does not know I have been doing charity work for many years and one of my last donations was financial support to animals and to local people in the village, in which I took these photos. It is a pity that people see this as vulgarity, and not as a beauty and love for nature. I love animals, I love elephants! And I love Bali so so much! I hope each of you will awaken an aesthetic love for my post and the beauty.

“It was a private photoshoot, I didn’t have a purpose to hurt the feelings of local people at all. We love balinese culture and respect Indonesian rules. Please sorry if you see something else in this.”