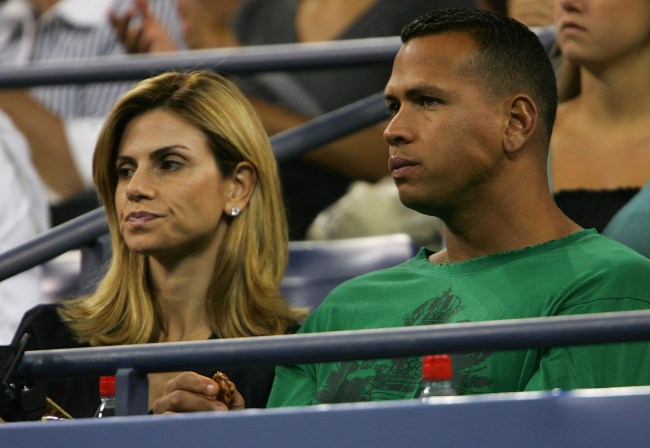 Alex Rodriguez has made an estimated $480 million over his 22-year career in Major League Baseball. He could live the rest of his life in sweatpants and still take care of the private college tuition of his great grandchildren. If you think money ain’t a thang to the 43-year-old 14-time All-Star, you obviously haven’t listened to Diddy and Mase’s 1997 hit “Mo’ Money, Mo’ Problems.”

Rodriguez, who is fresh off purchasing a $15.3 million Park Avenue condo with girlfriend Jennifer Lopez, claims he is no longer capable of  paying his ex-wife Cynthia Scurtis $115,000 tax-free a month in combined spousal and child support for the two children they share together. This claim has led to a reported bitter legal dispute that has spilled into the media.

A-Rod and Scurtis met at a gym in Miami and got married in 2002 but divorced in 2008, with Cynthia citing “emotional abandonment” of her and their children, as well as “extra marital affairs and other marital misconduct” by A-Rod.

According to TMZ source, the $115,000 monthly support was supposed to be adjusted when A-Rod retired from the Yankees in 2016 and his income reportedly dropped by 90 percent, from $30 million a year to $3 million.

Our sources say Alex is especially vexed because he claims Cynthia is now a rich woman with millions in the bank, 3 homes and multiple cars. He grouses she has a master’s degree in psychology yet chooses not to work. He also says she has a new child and a fiance, and he feels he’s now bankrolling all of them.

A-Rod says the expenses for his 2 kids are somewhere between $7k – $12k a month, yet he’s willing to pay $20k a month plus expenses for the kids, including tuition.

Cynthia is reportedly re-negotiating is asking for nearly $50,000 a month or bust.

A-Rod, who has historically been the bread winner, is now dating Jennifer Lopez, who has an estimated net worth of $380 million. Is this lawsuit driven by A-Rod’s pride taking a hit?