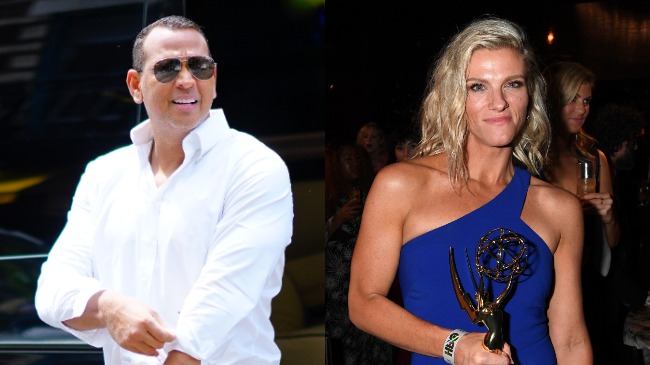 Hand up, I thought A-Rod waved the white flag when he was spotted dining alone in early June and appeared to pick up a sparkling water addiction.

At that point, Rodriguez couldn’t open his phone without being tagged as the Down Bad character in the #Bennifer love story, a sultry saga that continues to monopolize the culture blogs and warrants 24/7 paparazzi hungry to cash in on a game of tonsil hockey.

Alex Rodriguez was spotted hanging out with Ben Affleck’s ex Lindsay Shookus at her birthday party on Saturday, a video obtained by Page Six reveals.

In the clip, Rodriguez, 45, is seated right beside Shookus, 41, at an intimate backyard gathering in the Hamptons as Josh Beckerman, known as the “Foodie Magician,” performs a magic routine for the “Saturday Night Live” producer’s guests.

A rep for Rodriguez told Page Six on Monday, “There is absolutely zero there,” adding, “They’ve been friends for 15 years.”

Nothing, ha! Nothing is nothing. The block is too hot around Alex Rodriguez right now for him not to have complete omniscience over what social scenario he’s walking into to avoid headlines like, ‘Alex Rodriguez Shares A Meal With Carrot Top While Bennifer Suck Face In Prague.’ A-Rod’s a smart guy, and you bet your bottom dollar he knew that positioning himself behind Affleck’s ex (on and off from 2017-2019) would resurrect him from Doormat status in the culture.