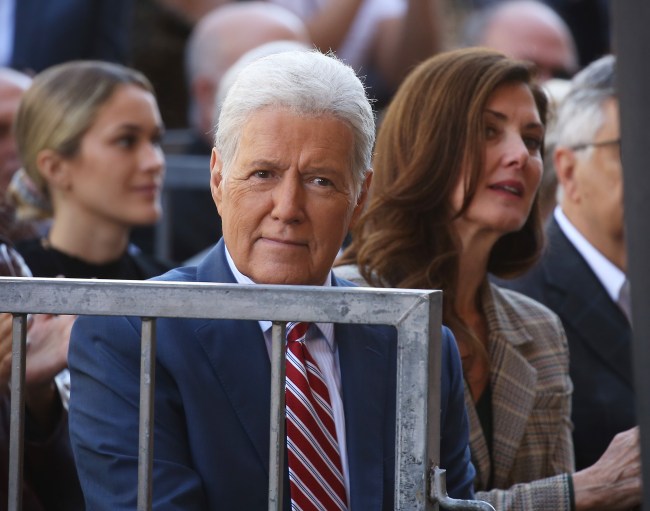 Alex Trebek is a TV icon. He’s one of the classiest gentlemen in show business and he’s universally beloved by those he’s worked with, and we know this because just about every person on the planet came out with words of support for Alex when he first announced his Stage-4 Pancreatic Cancer diagnosis back in March of 2019.

New episodes of Jeopardy! recently started airing again and a clip from Thursday’s episode has gone viral because of the juxtaposition of Trebek and the words coming out of his mouth. He reads some words from Megan Thee Stallion‘s song ‘Savage’ and people on Twitter are losing their minds over hearing Alex Trebek say the word ‘ratchet’.

Side note: I haven’t actually heard anyone say Megan Thee Stallion’s name outloud and if I have I didn’t pay attention because in my head I’ve been pronouncing Thee as you normally would (like ‘tea’ with an ‘h’) but Alex Trebek is the king of proper pronunciation and I have to defer to him on this and assume he’s done his homework on her name. I’ve also included the infamous ‘genre’ supercut below but before we get to that here’s Alex Trebek saying ‘Savage’ and ‘Ratchet’ in the same minute. Trebek reads ‘Classy, bougie, ratchet’ & ‘sassy, moody, nasty’, says this No. 1 hit by Megan Thee Stallion.”

‘Savage’ by Megan @theeStallion was the answer to a question on Jeopardy 😭 pic.twitter.com/I5r4CszaGb

This made my morning https://t.co/TFFTGOVsIP

Now this is something you couldn't tell me would show up on Jeopardy years ago. https://t.co/5FVNgRPlLZ

Anyone else getting the vibe that the dude who answered the question listens to rap like the guy in Office Space? It was almost as if he was ashamed to show he knew the answer. Now what’s throwing me for a loop is this isn’t Megan Thee Stallion’s first time appearing in a Jeopardy! question and hte last time (last year) Trebek pronounced ‘Thee’ as one normally would:

The fact that @theestallion is an answer on Jeopardy is sending me. pic.twitter.com/pK3NA5230C

Aaaaand here’s Alex Trebek saying the word ‘genre’ over and over. If you’ve never seen this you’re in for something special. If you’ve already seen it then I’m certain you’re eager to watch it again:

Can’t help but love that guy.