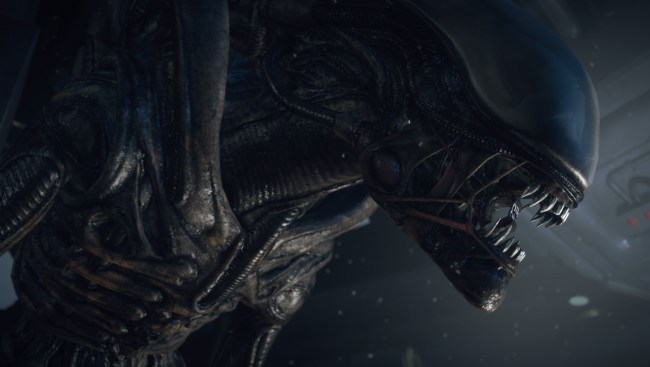 Over the course of the 1970s, Hollywood gifted the world with a number of horror classics like Jaws and Halloween and the decade came to a close with a bang in 1979 with the release of Alien, the genre-bending science fiction vehicle featuring some of the most unnerving creatures I’ve ever come across.

The movie would serve as the basis for a number of sequels and spinoffs (in addition to a dope video game), and while it doesn’t exactly seem like the most likely candidate to inspire a high school play, that didn’t stop a group of students at New Jersey’s North Bergen High School from trying to tackle it.

I’ve attended a grand total of one high school theater production in my day because I wanted to see how my buddy from the basketball team would do when thrown into the middle of a Rodgers and Hammerstein musical.

Oklahoma! didn’t really do it for me but I guarantee I would have been front and center if my high school had decided to adapt Alien into a play.

After months of preparation, the production burst out of the proverbial chest last week and immediately went viral after pictures and clips from the play started to circulate online.

Last night the North Bergen High School in New Jersey put on 'Alien' as their school play and it looks absolutely incredible.#hrgiger#Alien#rushmore pic.twitter.com/5jopUecFil

I love that north bergen high school did alien last night as their school play, so I’m gonna keep tweeting about how great it is..everything was made from recycled materials .. so nuts amazing I’m so proud of my hometown pic.twitter.com/EEMEbankDz

Love knowing that my high school and some of my friends were involved in the Alien School Play #alien pic.twitter.com/nHQPwTzJIt

According to The Verge, the school didn’t spend a single cent on the production as the students involved with the play banded together to raise funds and constructed the set and costumes—including the incredibly impressive Xenomorph—out of recycled materials.

Eat your heart out, Fiddler on the Roof.