Amanda Bynes Reveals Plans For An Acting Comeback Sometime In 2018, Has ‘Several Offers’ 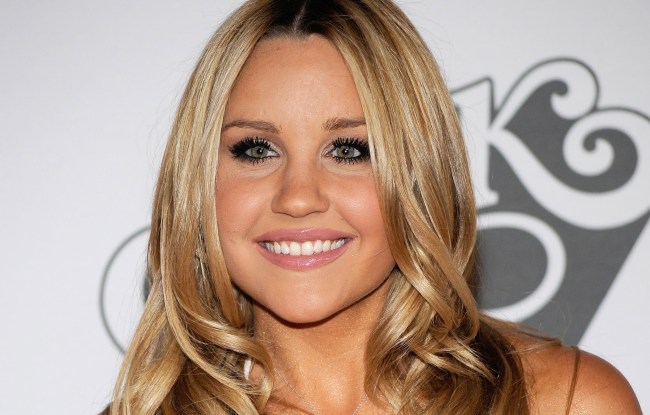 Amanda Bynes, who we last saw act in, umm, Easy A way back in 2010, revealed through her lawyer that she’s planning on an acting comeback at some point in 2018. This actually makes sense and the timing couldn’t be better when you think about it.

Considering the dumpster fires that 2017 and 2016 why not attempt an acting comeback? I know that I could certainly use the distraction.

Back in April of 2017 was when we first heard rumblings of an Amanda revival with reports that she was being pursued by her old bosses at Nickelodeon.

Shortly thereafter, Bynes made her return to social media with the first photo we’d seen of her in over 14 months.

Stopping to smell the flowers on a gorgeous Sunday! pic.twitter.com/4xINyMCwPp

This was all going on while Bynes continued her education at the Fashion Institute of Design and Merchandising, from which she expects to graduate this year.

Unfortunately, another year-plus went by until we heard from Bynes again in an interview she did in June of 2017 with Hollyscoop, where she addressed, among other things, returning to acting (“Maybe a few guest spots on some shows that I’m a fan of and maybe another TV show where I’m the star of it, in the future.”) and her infamously asking Drake to “murder” her vagina (“I was serious, but I was also on drugs.”).

Reportedly, Selena Gomez already offered Bynes a role on her Netflix show 13 Reasons Why, but she has yet to accept.

And now, a new statement from Bynes’ lawyer tells us that she is definitely, probably going to return to acting at some point in 2018.

“Amanda is looking forward to ringing in the new year with her close friends this year,” her lawyer told Page Six on Thursday.

“In 2018, she looks forward to completing fashion school and dipping her toe back into acting,” she added. “She has had several offers but is waiting for the right one to come along for a comeback.”

Awesome. Bynes turns 32, if you can believe it, on April 3rd, so if she does come back, it will be very interesting to see what roles she chooses and how different she is from how we remember her.

Maybe she and Channing Tatum can star in another movie together!