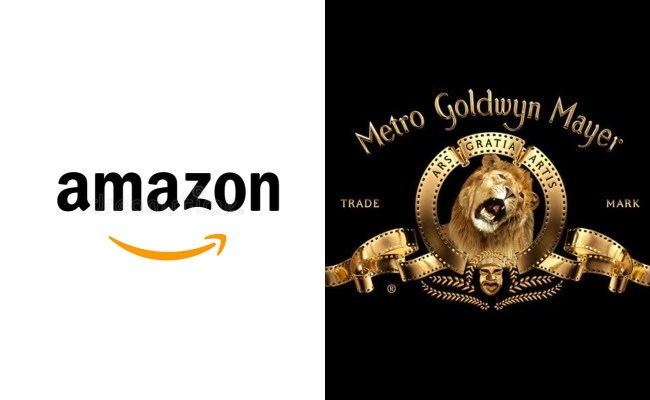 Amazon will acquire Metro-Goldwyn-Mayer studios for $8.45 billion dollars, according to reports. The deal, which had been in the works for some time, was announced on the morning of Wednesday, May 26.

MGM’s 4,000 film library includes famed properties such as James Bond, The Hobbit, Rocky/Creed, RoboCop, Pink Panther, The Silence of the Lambs, The Magnificent Seven, and Four Weddings and a Funeral.

Amazon’s purchase of MGM marks the company’s second-largest acquisition since it paid $13.7 billion for Whole Foods back in 2017.

“The real financial value behind this deal is the treasure trove of IP in the deep catalog that we plan to reimagine and develop together with MGM’s talented team,” Mike Hopkins, senior vice president of Prime Video and Amazon Studios, said in a statement. “It’s very exciting and provides so many opportunities for high-quality storytelling.”

Obviously, the most eye-catching MGM property is that of James Bond, one of Hollywood’s longest-running film franchises. With Daniel Craig retiring from the role following the release of No Time To Die in October, Amazon now finds itself tasked with reimagining, and recasting, the franchise for the 2020s.

The MGM purchase also signifies the perpetually expanding intellectual properties arms race that Hollywood currently finds itself in. Earlier this Spring, for example, Netflix splashed nearly half-a-billion dollars for the rights to Rian Johnson’s Knives Out sequels in an effort to further establish themselves in the tentpole blockbuster business.

Amazon’s IP venture isn’t solely restricted to the movies, though, as the industry titan is currently in production on the $465 million first season of Lord of the Rings.