Amazon’s Cashierless Store Accidentally Got Shoplifted On Its First Day Open, But It’s All Good 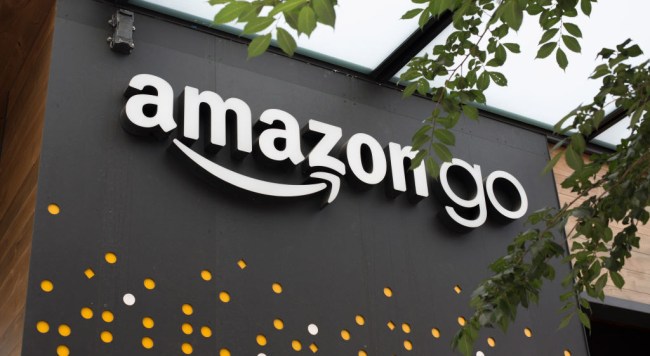 Amazon Go, the new cashierless store that opened in downtown Seattle on Monday, accidentally got shoplifted on it’s first day open to the public, but no one really seemed to give a crap, so, COOL!

That’s right, after more than a year from when it was first announced and its opening being pushed back several months in March of 2017, Amazon Go (AKA the store of every man’s dreams) finally opened its doors — and failed. But only a little bit.

Here’s how it works, basically, in case you aren’t aware. You go in, you don’t have to deal with any humans other than other shoppers, you pick up your shit, put it in a bag, and you walk out without being asked if you “found everything you were looking for.” It’s freaking genius.

Back in December of 2016, when Amazon Go was first announced we semi-joked, “There isn’t even self-checkouts. Amazon is so smart they already know what you took. And if they don’t, that is on them, Bro. That’s their fuck up, not yours.”

However, now that the first store is finally open, it turns out that statement is actually true! Check this out…

Feels like I just stole all this stuff. Also way easier to buy more when you know you’re not gonna see a register. Still waiting for my receipt to be convinced I didn’t steal something #AmazonGo pic.twitter.com/x4lbLGoDv2

I think I just shoplifted?? #AmazonGo didn’t charge me for my Siggi’s yogurt 😬 #nolinesnocheckout #freestuff pic.twitter.com/RDPhC5ryXD

Of COURSE it was a CNBC tech reporter, Deirdre Bosa, who was the first to have the whole system break down on day one, right? It couldn’t have just been some schmo who would have kept his mouth shut.

As you can see from her tweets, Bosa confessed to her freebie and reached out to Amazon. VP of Amazon Go Gianna Puerini responded to her confession and basically didn’t give a shit.

“First and foremost, enjoy the yogurt on us,” Puerini said. “It happens so rarely that we didn’t even bother building in a feature for customers to tell us it happened. So thanks for being honest and telling us. I’ve been doing this a year and I have yet to get an error. So we’ve tried to make it super easy on the rare occasion that does happen either to remove it or enjoy breakfast on us.”

Awesome! I loved the idea of this store before, but now I think I want to marry it. Although there might be one snag…

I’m in Seattle and there is currently a line to shop at the grocery store whose entire premise is that you won’t have to wait in line. pic.twitter.com/fWr80A0ZPV

Check out some pics of your new dream store while everyone outside of Seattle waits impatiently for them to open an Amazon Go in their part of the country.