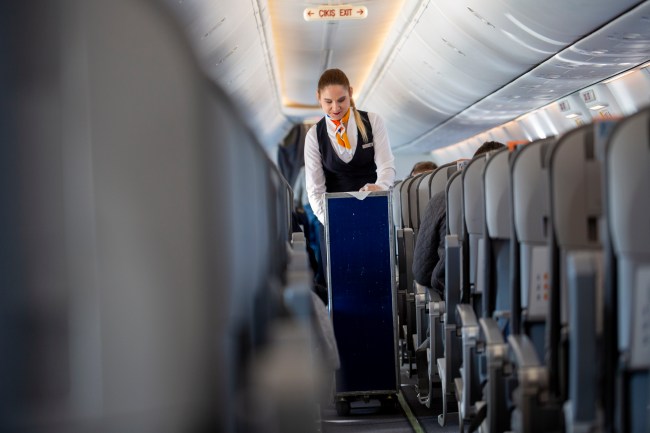 Nature is, very much, healing. Movie theaters are opening. All sorts of mask mandates are being dropped. People are packing into their local bars. Sporting events are played in front of packed houses. It’s all very wonderful.

Unfortunately, though, because society is opening, that means, well… society is getting back to its old ways. Back on its bullshit, as the kids say.  “A person is smart. People are dumb,” Agent K once told Agent J. And that bullshit very much includes getting drunk and assaulting flight attendants, which is why American Airlines has joined Spirit Airlines in their decision to suspend alcohol sales until September.

The decision to suspend alcohol sales comes just days after 28-year-old Vyvianna Quinonez was recorded punching a Southwest Airlines flight attendant on a trip from Sacramento to San Diego on May 23, 2021.

Video obtained by CBS News shows the moment a Southwest Airlines flight attendant was punched by a passenger after asking her to keep her seat belt fastened during a flight from Sacramento to San Diego Sunday. https://t.co/gQusevodYC pic.twitter.com/oOYvPdwCFj

“Flight attendants are on the front lines every day not only ensuring our customers’ safety, but are also calming fears, answering questions, and enforcing policies like federally-required face masks. Over the past week we’ve seen some of these stressors create deeply disturbing situations on board aircraft. Let me be clear: American Airlines will not tolerate assault or mistreatment of our crews.” Brady Byrnes, managing director of flight service at American Airlines, said in a statement.

“While we appreciate that customers and crewmembers are eager to return to “normal,” we will move cautiously and deliberately when restoring pre-COVID practices. We also recognize that alcohol can contribute to atypical behavior from customers onboard and we owe it to our crew not to potentially exacerbate what can already be a new and stressful situation for our customers.” [via CNN]

As for Quinonez, the woman who assaulted the Southwest flight attendant, she was arrested and charged with felony battery.