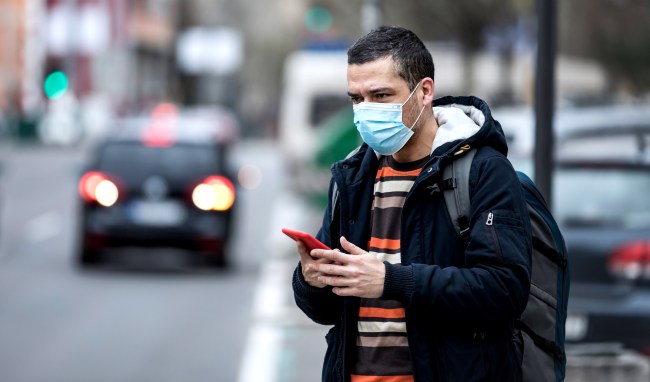 Movie theaters and restaurants are the only places are now hesitant to visit thanks to the seemingly never-ending pandemic. Rideshare companies like Lyft and Uber are also feeling the pinch, and it may stay that way for those companies for quite awhile.

A recent survey conducted by CarGurus reveals, according to The Drive…

29.7 percent of Americans plan to reduce their usage of ride shares, up from 28 percent in April, and that while a small number have backed down on their pledge to cease hiring Ubers entirely, the change is minimal, down to 9.6 percent from April’s 10 percent. Of this group of respondents, 58 percent plan to substitute personal vehicle use for ride-sharing, signaling a possible worsening of the U.S.’s traffic problems.

Another survey conducted by ADT backed up these assertations.

Since March 2020, nearly 40% of respondents reported using ride share services, and more than half (52.8%) were moderately or extremely concerned about their health while riding.

Overwhelmingly, about 58% of people identified feeling moderately or extremely worried about using ride-sharing services because of COVID-19, and another roughly 36% of people were either slightly or somewhat worried.

Just around 6% of respondents indicated not being at all worried about the safety of ride-share during the pandemic.

Also of note, 70.6 percent of respondents said they will only consider riding again if the vehicles are sanitized between passengers, 59.3 percent plan to heavily reduce their ridership, and 15.6 percent said they will never use a ride share again. 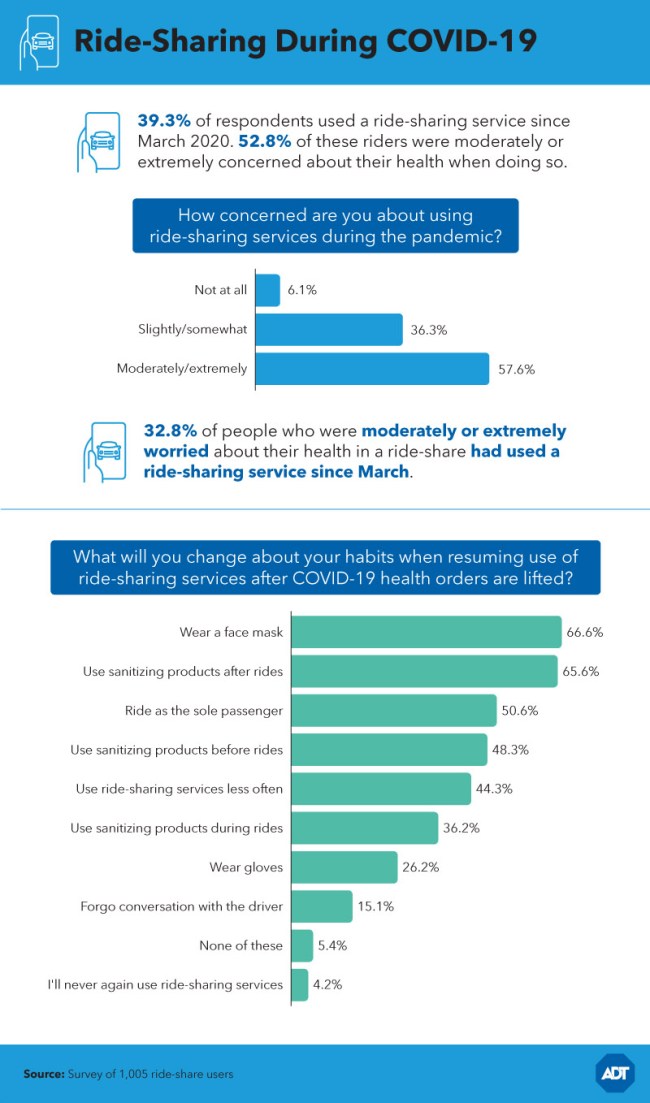 More than 2 in 3 people indicated they expected to wear a face mask after returning to ride-sharing services, and nearly as many will use sanitizing products after rides (65.6%).

More than half of people planned to ride alone as a single passenger, and over 44% reported planning to use ride-sharing services less frequently post-pandemic. 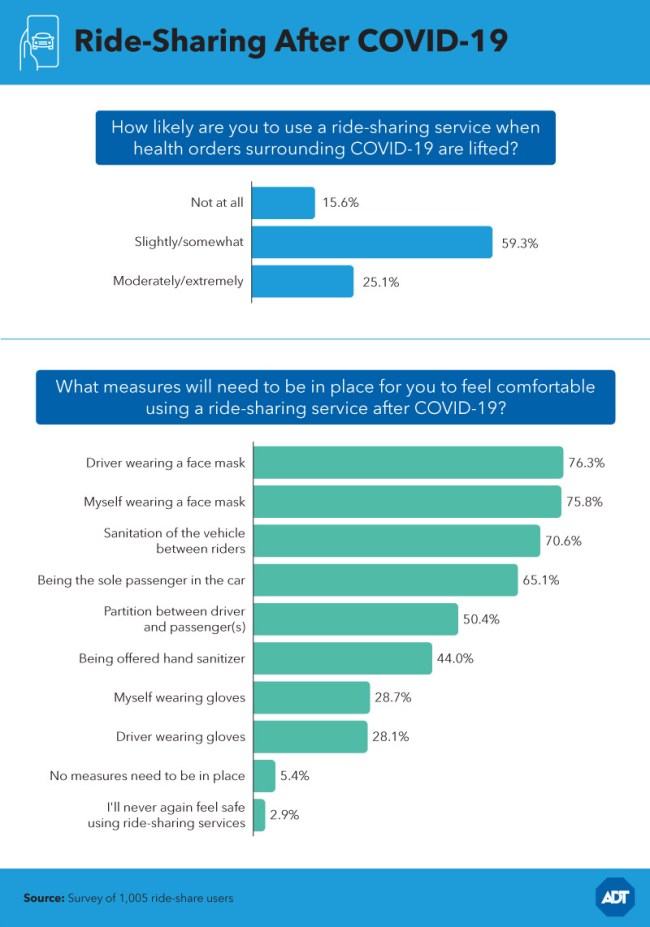 Bet all those people who say they’ll never use a rideshare again will change their tune when those flying taxis finally start operating.