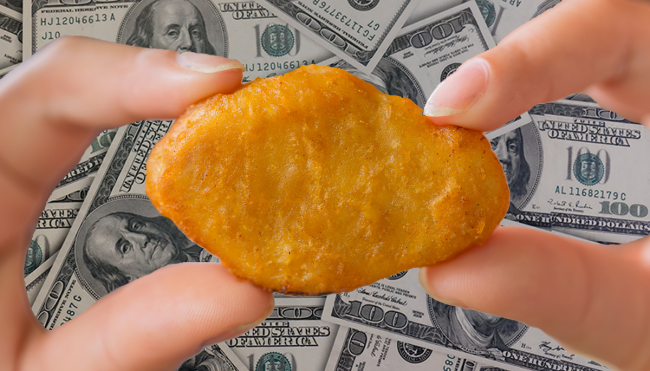 I recently came to the sobering realization that it’s been over a decade since the fateful moment when I decided I was going to see if it was possible to make a living by spending the majority of my day firmly entrenched in the virulent hellscape that is the internet.

I’m happy to report I’m still hanging in there like a cat at the end of a rope on a motivational poster, which is also an appropriate allegory for the handle (or lack thereof) I still feel like I have on life as a whole. Unfortunately, a lot of people assume that enduring for more than 10 years means I must know what I’m doing even though I have about as good of a grasp on what I’ve learned over that span as J.K. Simmons did on what unfolded in Burn After Reading.

A lot has changed since I first started pumping out the Tremendous Content I pride myself on, but a few things have stayed the same and likely always will—including articles about highly sought-after items allegedly “selling” for absurd amounts of money on eBay that almost always ignore the fact that listing something at a certain price doesn’t mean it’s actually worth that much.

I assumed that chronic confusion had reared its ugly head yet again earlier today when I came across an article on Polygon with a headline that claimed someone had dropped almost $100,000 to secure the rights to a Chicken McNuggets bearing a resemblance to a character from the video game Among Us.

The news seemed—as I believe the kids say—pretty sus, but after clicking to confirm my suspicions, I was shocked to discover the chicken nugget in question had indeed been listed for 99 cents on May 28th and managed to rack up 184 bids before ultimately selling for $99,997 when the auction wrapped up on Friday.

$100k – The McDonald's AmongUs chicken nugget auction has ended. What a time to be alive. pic.twitter.com/7UNQbcNjim

So what exactly is going on here? God, I wish I knew.

My initial assumption was that McDonald’s teamed up with the Among Us team for an easy (and fairly cheap) publicity stunt. However, if that’s the case, they did a great job playing the long con by using an account with a fairly lengthy history that’s absent of any obvious red flags that would support this theory.

I also know about as much as money laundering as the guys in Office Space, but with that said, I have to imagine anyone looking to quietly move some funds wouldn’t stage an auction that was just begging for press coverage like this one.

That really only leaves us with one explanation: this McNugget is also the key to a mysterious box capable of opening a portal to another dimension and sparked a bidding war between rival parties who know $99,997 is a small price to pay for whatever awaits them.