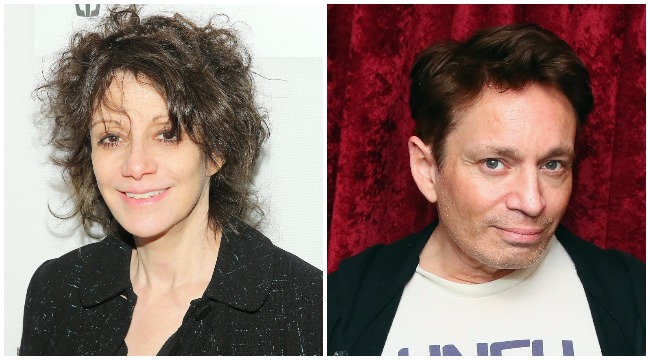 Last month, Saturday Night Live alum Chris Kattan new memoir, “Baby, Don’t Hurt Me,’ in which he recalls Lorne Michaels pressuring him into having sex with a director so she would stay onboard to direct the 1998 comedy A Night At The Roxbury, a film based on a recurring sketch Kattan performed in with Will Ferrell.

The woman in question was Clueless and Fast Times at Ridgemont High director Amy Heckerling, who Kattan claims made sexual advances on him. Kattan, who was 27 at the time, denied the director’s advances initially, causing Heckerling to threaten to back out of the project. That’s when Kattan allegedly received a call from Lorne Michaels imploring him to hook up with her to keep the peace. The two ended up having sex on the couch in Heckerling’s office after Kattan refused her initial request to have sex on Lorne Michaels’ desk.

In an interview with the Daily Beast, the 65-year-old Heckerling addresses the controversy, but claims it holds no water seeing as Chris Kattan is a “nut.”

So I know this is a little awkward but I have to ask about a story that recently came out, Chris Kattan claims in his memoir—

Ugh, I didn’t read it. He’s a nut. You know, I don’t comment about that, because basically I have no interest in helping his book sales. I don’t even want to know or hear the dumb shit he came up with.

Well he claims that Lorne Michaels pressured him into having sex with you so that you would stay on A Night at the Roxbury.

No, I have nothing to say about him or his idiot book. I don’t feel like helping him at all.

SNL also denied Kattan’s allegations about Michaels, saying in a statement, “This did not happen.”