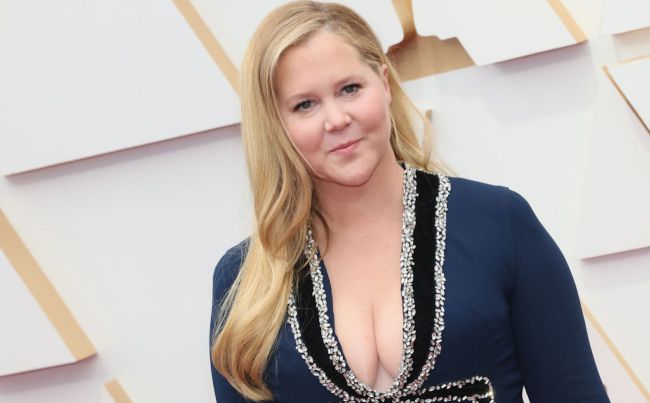 After receding from public view over the last few years following the birth of her first child, stand-up comedian Amy Schumer returned to the spotlight back in March when she hosted the Academy Awards alongside Regina Hall and Wanda Sykes.

While the night will ultimately be remembered for Will Smith’s shocking swing at Chris Rock, Schumer’s night certainly wasn’t without its headline-worthy moments, as the perpetually divisive comedian seemed to do what she always does: divide opinion.

Still, despite how much you may dislike Schumer, that doesn’t mean the treatment she’s received in the weeks following the ceremony is acceptable.

During an interview with Howard Stern, Schumer revealed that she’s gotten death threats in recent weeks, with many of them having to do with the joke she made about Kirsten Dunst.

“I got death threats,” Schumer told Stern, saying both the secret service and the LAPD wound up looking into them. “They were that serious,” she said. She told her flabbergasted host that some of her attackers said she’d treated Dunst with “disrespect.”

Schumer told Stern she did “reach out” to Dunst and Plemons, “because I’ve been burned too many times. I didn’t want the camera to cut to somebody looking sad.”

Dunst and Plemons even came to her defense afterwards. “She was really nice. She and Jesse are the coolest,” Schumer said. “She even posted like, ‘Hey, I knew about that bit,’ like because she knew I was getting death threats.” [via Uproxx]

Maybe it’s just time to do away with the Oscars forever.