Sorry Not Sorry: Not All Remakes Are Bad — Steven Spielberg’s ‘West Side Story’ Looks Great 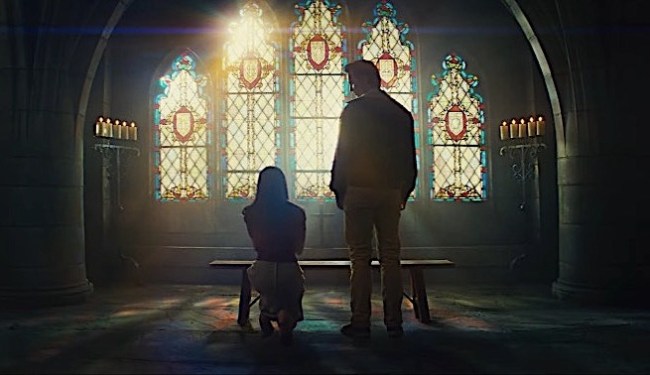 West Side Story is one of those movies whose iconicness is simply indoctrinated into your consciousness before you’re even old enough to form your own opinion. At least that’s how I remember it.

Originally released in 1961, West Side Story — which in and of itself was an adaptation of a 1957 Broadway play — was a pop-cultural cornerstone for boomers, the generation that likely makes up most of our parents. 1961 was also the year my mother was born, so perhaps it should come as no surprise that she’s the reason I’ve always generally accepted the film’s ultimate greatness in the history of American cinema.

I’ll often write about how it was my Mom’s love for popular culture that led me down an entertainment writing path — well, that, and Batman: The Animated Series (ah, the duality of man) — as the four “adult” movies I first remember her showing me are Pulp Fiction, Goodfellas, Titanic, and West Side Story, with the latter being the first I remember seeing. Despite that, though, while Pulp Fiction and Goodfellas have become pillars of my passion for cinema, West Side Story — given its objective datedness, as it just turned 60-years-old this past year — has fallen by the wayside. Not just for me, but for society at large. And still, look at all I’ve gained from my mother’s generation-spanning appreciation for it.

And *that’s* why not all remakes are bad: we’re not talking about introducing Tom Holland’s Spider-Man just a few years after Andrew Garfield’s got kicked to the curb, but reimagining an iconic tale for a new generation to give them the opportunity to love it the way those who came before do. It helps, of course, when one of this country’s greatest filmmakers, Steven Spielberg, is the one who’s ready and willing to take on the task. Granted, while the notion of a remake has changed in the age of intellectual property and cinematic universes, the opposition to updating a beloved story that’s now more than half a century old feels ironically and conversely antiquated: those trying to preserve the past are also living in it. West Side Story looks great.

Now, that said, West Side Story looking good and *being* good are two different things, as the project undoubtedly faces an uphill public relations battle given the previous allegations against one of its stars, Ansel Elgort, who plays the legendary Tony in the film.

Elgort, now 27-years-old, was accused in June 2020 of sexually assaulting a woman in 2014 when she was 17 and he was 20. While Elgort took to Instagram to deny the allegations and say that he and the woman had a “brief, legal and entirely consensual relationship,” the post has since been deleted. Given both the pandemic and the fact that he hasn’t starred in a film since the allegations, the press tour for West Side Story will likely mark the first time that Elgort is asked about the allegations by both the press and the public. That said, charges have not been pressed against Elgort and there have been no new updates on the story since his initial response.

Either way, regardless of questions surrounding its star, West Side Story likely faces an uphill commercial and popular battle, as its $100 million price tag combined with audiences’ apparent disgust at the idea of remaking an American classic could create a concoction that sees Spielberg’s bold swing strikeout. That said, though, if there’s anyone in Hollywood you should be betting on to pull off the impossible, it’s Spielberg and Disney. You can count me as one, if not one of the few, who are excited about this movie.

Steven Spielberg unearthing a STAR from the Jersey suburbs who appears to be no taller 5’0 but has the voice of a giant is the most Steven Spielberg shit ever. pic.twitter.com/cE0TEnj4xY

West Side Story, which stars Rachel Zegler as Maria and Ansel Elgort as Tony, hits theaters on December 10.