Andrew Garfield ‘Likely’ To Return As Spider-Man In Sony’s Venom-Verse, According To Reports 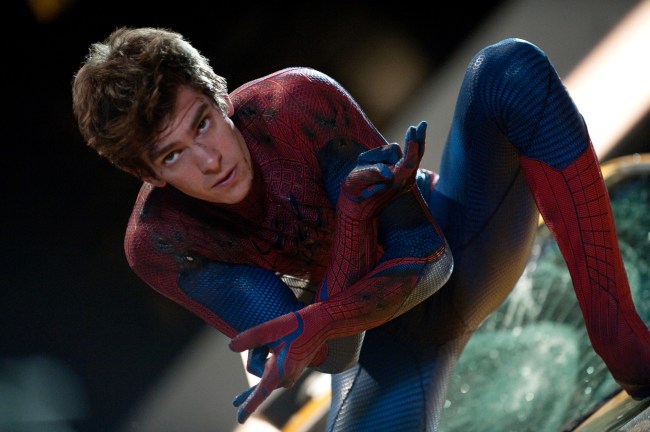 Editor’s Note: This article will contain spoilers for Spider-Man: No Way Home.

Following the massive success of Spider-Man: No Way Home — the film has become the first to gross $1 billion at the box office since 2019’s Star Wars: The Rise of Skywalker — and the particularly scene-stealing turn from Andrew Garfield, fans are now desperate to see the Academy Award nominee return as the friendly neighborhood Spider-Man once more. In fact, in the days following the release of Spider-Man: No Way Home, “Make the Amazing Spider-Man 3″ was trending on Twitter.

Luckily for Spidey fans, the chances of Garfield returning to the role seem to be growing, as a recent article from Forbes has stated that Garfield is “likely” to return in Sony’s Venom-verse to take on Tom Hardy’s Venom and other members of the Sinister Six.

The enormous box office success of the billion-plus-grossing Spider-Man: No Way Home — despite a raging pandemic with a new variant sweeping the world and sending hospitalization rates climbing again — has Marvel talking Oscars and fans talking Andrew Garfield. And it now seems likely Garfield will return as Spider-Man in Sony’s Spiderverse spinoff corner of the multiverse alongside Venom, Morbius, Lizard, and possibly other Marvel villains.

The Forbes article also details the implications of No Way Home’s Venom-centric post-credit scene, which seems to apply that Tom Hardy’s version of the character will be returning to “Sony’s Spider-Man Universe”, while another, new version will be created in the MCU thanks to a piece of symbiote being left behind.

It remains to be seen how much merger of the multiverse will take place, and whether it will incorporate Green Goblin, Doc Ock, and Sandman into a new shared reality. But it seems certain that two post-credit scenes in Venom: Let There Be Carnage and Spider-Man: No Way Home show (respectively) Eddie Brock/Venom being pulled into the MCU’s reality and discovering Spider-Man’s existence, and later realizing there’s a larger universe out there full of people and creatures that are shocking to Brock, before Brock/Venom are pulled back out of the MCU to somewhere else. [via Forbes]

If No Way Home has taught us anything — an ideology that’s set to be followed suit by Warner Bros. and DC, which will have three different Batmans on the big screen next year — you can never have too many versions of your most iconic hero.

Spider-Man: No Way Home is currently playing in theaters.