Our New Hell: The Internet Cannot Tell If The Viral Andrew Garfield/Spider-Man Video Is A Deepfake 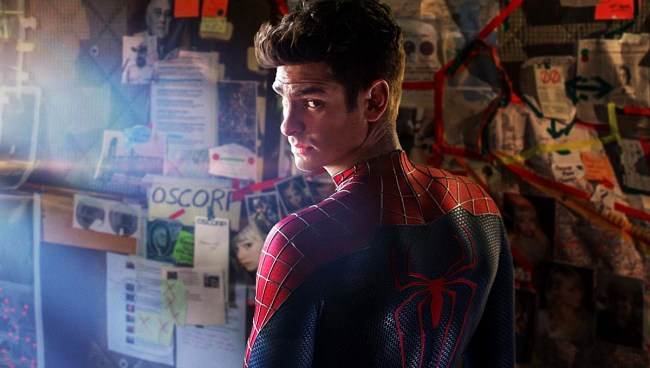 Despite being someone whose livelihood was literally born out of and is dependent on technology, I actually hate it. Quite a bit, if we’re being honest. I’m of the opinion smartphones and social media are the reason our society is collapsing as it’s allowed the idiots and the evil of the world to congregate easier than ever. As Agent Kay once wisely told soon-to-be rookie Agent Jay: a person is smart, but people are dumb, panicky dangerous animals. The internet has on exacerbated that notion.

Between the congregation of aforementioned morons, Boston Dynamics increasingly disturbing robots, humanity’s continued flirtation with the dangers of artificial intelligence, the frightening nature of technology doesn’t appear to be coming to an end anytime soon. More unsettling than all of those newfound and society-eroding technologies, though, are deepfakes.

Deepfakes, if you somehow have avoided them for the last few years, are a technology that effectively gives those who know how to make them the power to make *anyone* say *anything*.

The latest example taking the internet by storm is the widely circulated video of what appeared to be former Spider-Man actor Andrew Garfield on the set of Spider-Man: No Way Home, except this time — and this is an entirely new unsettling layer in the Deepfake Era as far as I can tell — the discussion isn’t about how mindblowing the deepfake is, but whether or not it’s a deepfake AT ALL. To summarize: people are watching the same video, with one side declaring it’s a REAL deepfake and the other declaring it’s FAKE deepfake, and therefore actually REAL footage. Simply diabolical. We are so, so screwed.

…that shit was really fake. Deepfakes will be the death of us all. pic.twitter.com/cQxIROScvL

This deepfake video is fake, the Andrew pics / video are legit. https://t.co/9iaAPJeP8u

This video is hilarious to me. In order for a deepfake to work there has to be a performance underneath as a reference

Shown in this video, they deepfaked a photo which isn’t how it works 💀💀 https://t.co/PKcihdjSG4

Did no one look at the author of that deepfake Andrew Garfield video?!?! 👀👀 pic.twitter.com/M915dFMBY9

Barring our reality’s Skynet becoming self-aware between now and then — looking at you, Amazon — and deciding they no longer need humanity, Spider-Man: No Way Home will hit theaters on December 17. If you need me, I’ll be watching homemade VHS tapes of my childhood to remind me how much better the 90s were before all this madness.