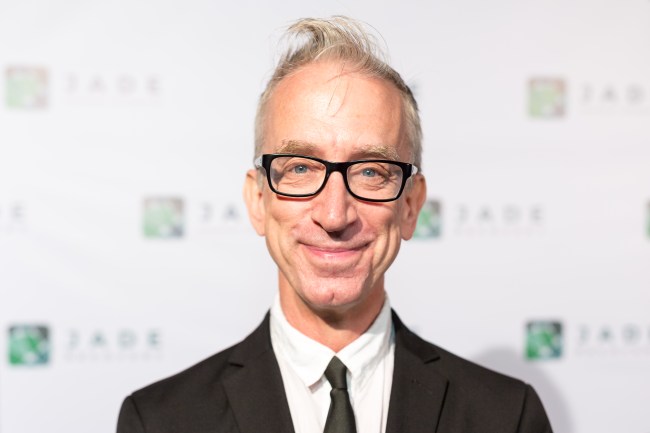 Andy Dick is back at it, just two months after he was knocked out cold for 15 minutes outside a comedy club in New Orleans and taken to the hospital’s intensive care unit for allegedly grabbing some dude’s junk at the club.

Most recently, the 53-year-old comedian turned his rage to an Uber Eats driver, who he attempted to wrestle food away from while screaming, “It’s my food now, bitch!”

According to TMZ, Dick is now the subject in a battery investigation stemming from the incident after instigating a fight that led to him getting body-slammed into the pavement.

After the initial failed attempt to wrestle food away from the driver, Dick walks away but returns and allegedly spit on the driver. That’s when a friend comes from behind Dick and slams him into the core of the earth, his head ricocheting off the pavement.

Andy Dick denies any wrongdoing, saying he did not spit on anyone and claims the group offered him some tacos, and when he reached to get them they pulled the plate away. Dick says he’s thinking of filing a police report of his own.

This is far from the only incident Dick’s been involved in with a ride-share driver. There is an active warrant for his arrest after allegedly groping an Uber driver in April of 2018, when he is accused of reaching over and grabbing his Uber driver’s crotch.

The oft-troubled comedian has a history of drug and alcohol abuse and has been to rehab more than a dozen times, all to no avail. In November 2017, while hammered outside a club, Dick told a TMZ reporter that every day he considers suicide.

It’s sad how far Andy’s fallen, especially seeing as I used to watch his skits religiously.