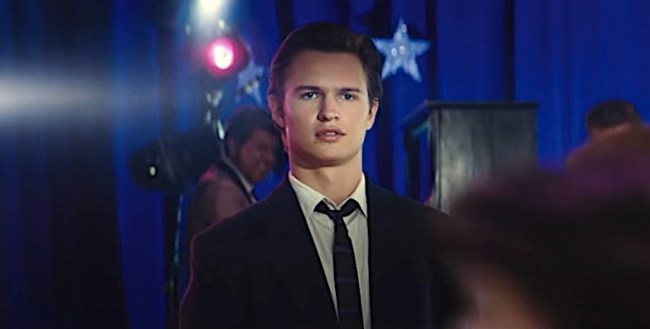 During Sunday’s Academy Awards broadcast, Disney unveiled the teaser trailer for Steven Spielberg’s upcoming remake of West Side Story. And while movie fans were obviously thrilled to see the first look at Spielberg’s take on one of the most iconic American movies ever made, that joy was short-lived as the presence of lead actor Ansel Elgort reignited the conversation around his sexual assault allegations.

Last year, Elgort, the 27-year-old star of films such as The Fault in Our Stars and Baby Driver, was accused of sexually assaulting a 17-year-old girl back in 2014, when the actor was 20 years old. Elgort has since denied the allegations, stating that the relationship was both legal and consensual. Furthermore, no charges have been filed against Elgort at this time.

“I have never and would never assault anyone,” Elgort wrote in a since-deleted Instagram post. “What is true is that in New York in 2014, when I was 20, Gabby and I had a brief, legal and entirely consensual relationship. Unfortunately, I did not handle the breakup well. I stopped responding to her, which is an immature and cruel thing to do to someone. I know this belated apology does not absolve me of my unacceptable behavior when I disappeared.”

Despite Elgort’s denial, the court of public opinion certainly doesn’t seem prepared to absolve him, as the allegations against him immediately resurfaced following the release of the West Side Story trailer on Sunday night.

Me in the theater when Ansel Elgort gets shot at the end of West Side Story pic.twitter.com/VEdNDlruIV

here’s how we can repace ansel elgort in west side story pic.twitter.com/ooebq7xSVV

whoever edited that west side story trailer trying to hide ansel elgort pic.twitter.com/hQUimASJsW

when ansel elgort popped up during the west side story trailer pic.twitter.com/nV75NPWDok

the editors of the West Side Story trailer really put Ansel Elgort in like this 💀💀💀 pic.twitter.com/VS8urQZq8Q

Movie looks good and I wish Rachel Zegler all the luck.

With West Side Story set to release on December 10, it will be fascinating to see how Disney handles the marketing and press tour for the film, particularly as far as Elgort is concerned. As fans have pointed out, his presence is noticeably absent from the first trailer, which perhaps suggests the studio is already trying to sweep his presence as far under the rug as they can.