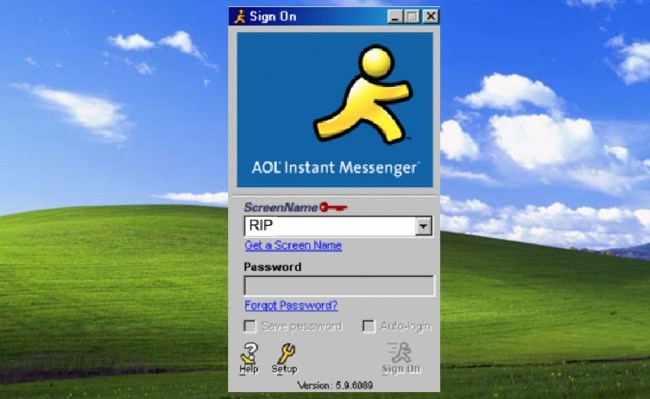 AOL Instant Messenger will officially shut down on December 15 after 20 years in service, its parent company announced Friday. I know I’m not the only one who feels like a pillar of his childhood has been pulled out beneath him. Like someone has broken into my childhood room and stolen my collection of pogs while I was one slammer away from being the coolest kid in eighth grade.

AIM may be gone, but we owe it to ourselves and our Buddy List not to forget it. I have compiled some words that express AIM’s common practices and the roller coaster ride of emotions it brought us during our formative years. I plan on passing this on to my children to show them that daddy, too, was once a savage on the first social media platform to ever exist.

Even the biggest jock in middle school with the full beard who convinced everyone he got a blow job from a councelor at sleep away camp was not immune from being a hopeful romantic in his AIM profile:

But don’t you long for simpler times when a boob grab on the jungle gym after school constituted true love? When page-long handwritten notes in glittery pens were gospel? When an uninspired hand job through And 1 athletic shorts provided withdrawals from your Spank Bank for two years? When you bathed in Abercrombie cologne before a round of mini golf with your temporary soulmate while your mom took a few laps around the parking lot upon pick up because she knew that young love is the purest form of joy?

And to have it all come crashing down when Christina dumped you for Travis Taylor because he was objectively better looking and his mom let him get an earring in eighth grade? Young love is a fickle bitch.

Hey Christina, Travis is now a 9/11 truther and on the Best Buy Geek Squad while I’m a 30-year-old blogger in New York City. Heard of it? Yeah, how do you like them Big Apples?

I know I’m preaching to the choir here when I say it was common practice to wait 3-7 minutes before messaging your crush, as to not appear desperate or to let her know that you skipped your friend’s birthday party in hopes of   her signing online for a forced conversation about Mrs. Whipple’s social studies class.

After I_Heart_Travis signs on and you sweat out the customary grace period, then comes the hard part: the opener. Do you tell her you’ve been smelling the lock of hair you cut off her in Whipple’s class? Do you invite her for a slice at the local House of Pizza? Do you tell her than you’ve imagined what your children would look like?
[protected-iframe id=”1b67f5cacef149db21ec3607c1627bb6-97886205-37946113″ info=”https://giphy.com/embed/l3fZLMbuCOqJ82gec” width=”480″ height=”202″ frameborder=”0″ class=”giphy-embed” allowfullscreen=””]

After intense deliberation, you’ve made up your mind. 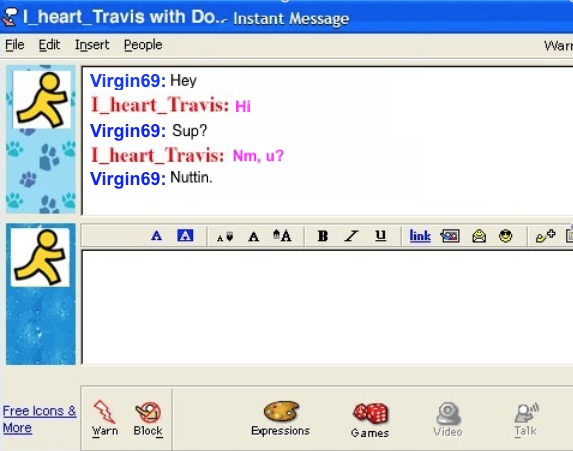 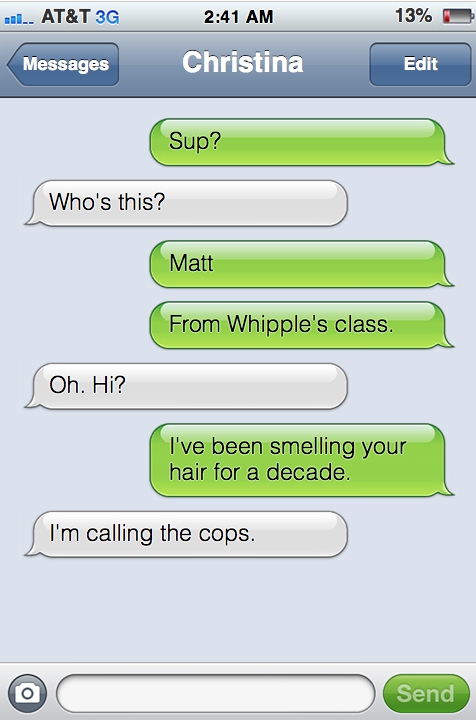 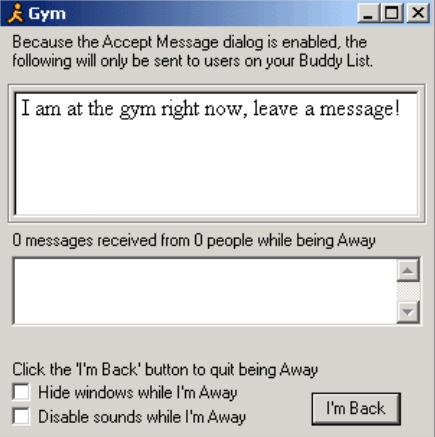 All of my grandparents have passed away. I’ve been dumped. I remember exactly where I was on 9/11. To this day, nothing has flooded me with a deeper all-encompassing sadness than coming home to find this…

I’m convinced that this very sight is the reason I get anxiety speaking in public, constantly harp on the impression I’ve made on the new people I meet, and took ExTenze once to see if I could stack on another inch to my crotch rocket. Ok, twice. 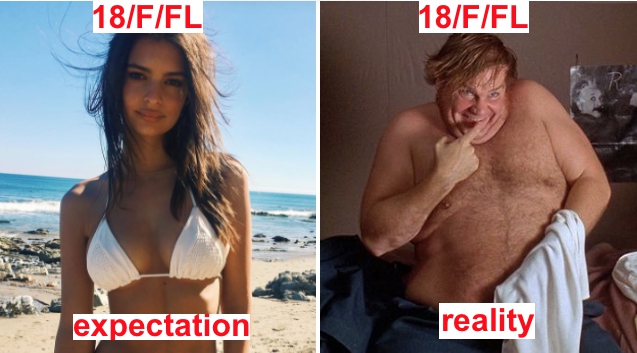 Hey, the imagination can be a powerful thing, so I don’t regret one obscene message I sent to Doug, 62, from West Virginia. Doug, if you’re reading this, you were a hell of a virtual bang.

We all had those days when the only people online were the girl who perpetually smelled like cat food and the kid who had a snot in his nose year round. It never got blown. Just like him. So, in typical adolescent mischievous fashion, you’d spend hours fucking with Smarter Child, aka Siri before Siri. 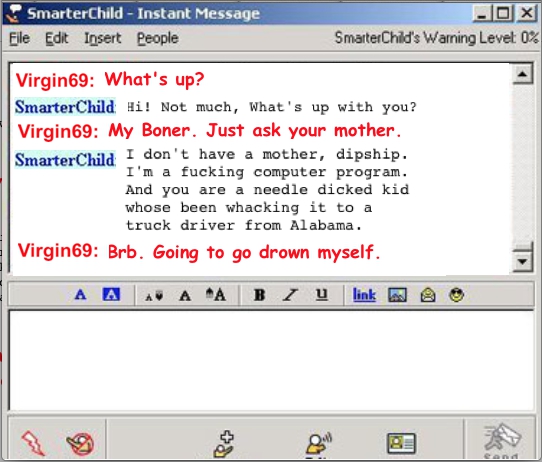 Spending countless hours having trivial conversations with people you were too shy to talk to in person sometimes felt like a futile endeavor. There may have been times when you questioned your place in people’s Buddy Lists. Wondered if anyone’s stomach fluttered when they heard the virtual door open and saw your screen name in bold. You probably thought there was no bouncing back from the time your friends changed your away message to ‘I cuddle with my Beanie Babies because I’m an acne-faced loser who can’t find a home at a lunch table.’ And then, on an idle Tuesday night when you least expect it, amazing happens. 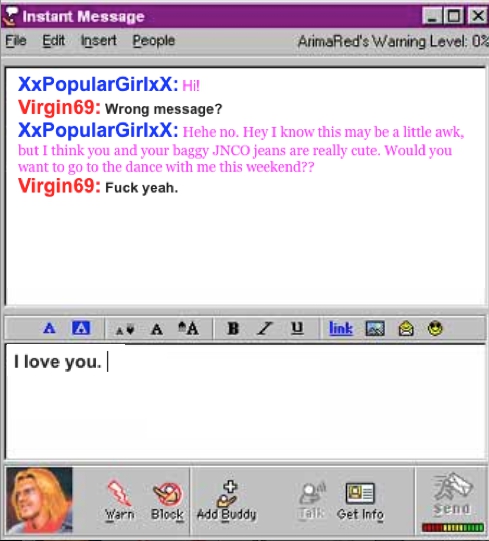 Rest in power, AOL Instant Messenger. Thanks for the unforgettable slow dance to ‘Stairway to Heaven’ with the flyest girl in the eighth grade.