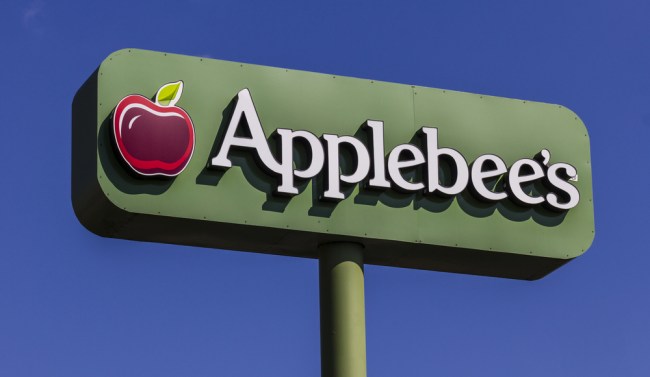 Last year, millennials were accused of killing Applebee’s (among dozens of other things), and the chain basically decided to give up on courting younger generations and focus on what it does best: luring customers in with deals that make you question how they manage to stay in business. They’ve drawn some people in with the promise of endless riblets, but it’s their drink specials that have really made them stand out against the likes of T.G.I. Fridays and Ruby Tuesdays.

Applebee’s announced their return with a bang when they introduced $1 margaritas— which were allegedly watered down, but I think everyone knows what they’re signing up for when they order a margarita for $1. Since then, they’ve continued on their quest to get the country drunk with other specials including Bahama Mamas, vodka lemonades, and the monster that is Long Island Iced Tea.

Thankfully, to paraphrase Karen and Richard Carpenter: they’ve only just begun, as the chain has decided to celebrate Cinco De Mayo with dollaritas and $2 Dos Equis.

The chain brought back the impossibly cheap cocktail as a featured item menu in April and they’ve decided to extend the offer until May 5th in celebration of the holiday. The Dos Equis special will run all month long, with a Thomas Jefferson getting you a mug of beer (if you happen to have some $2 bills on you for some reason).

I’d like to preemptively welcome anyone who manages to get cut off at an Applebee’s to the club I joined when I was in college. Some might say it’s a mark of shame, but I consider it a badge of honor.