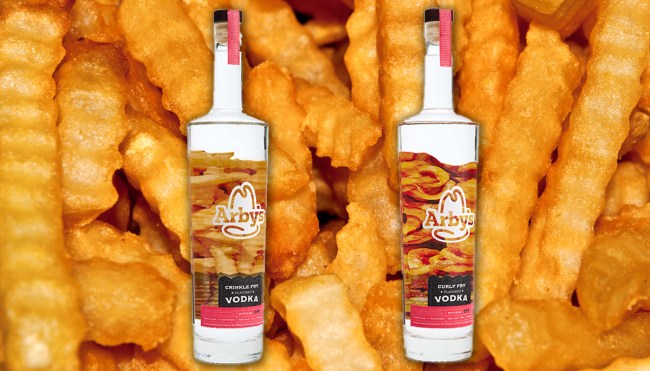 Earlier this month, I woke up and was overcome with the overwhelming sense there’d been some sort of disturbance in the natural order of the universe; as Obi-Wan Kenobi once famously uttered, it was as if millions of voices had suddenly cried out in terror.

It didn’t take long for me to figure out the source of this uneasiness, as I soon discovered Arby’s had announced its plans to release a line of vodka designed to mimic the flavor of its french fries.

As BroBible’s Resident Weird Food and Drink reviewer, I felt it was my duty to reach out to Arby’s to see if I might be able to get my hands on some of the vodka. A couple of days later, a massive wooden box arrived at my door containing a couple of bottles along with all of the fixings needed to whip up a Bloody Mary.

It did take me a bit to build up the courage to take the plunge, but I eventually did, and as promised, here’s my review of what you can expect if you’re planning on doing the same. 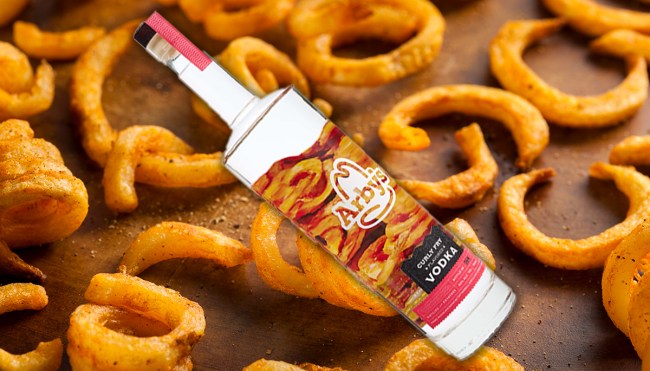 I kicked things off with Arby’s Curly Fry vodka, which was easily the most intriguing of the two offerings (if you’re curious about the specs, both varieties are distilled from potatoes and boast an ABV of 40%).

When you consider both 750 ml bottles retail for $59.99 a pop, you’d expect them to contain a quality product. Thankfully, Minnesota’s Tattersall Distilling more than delivered on that end; you’re greeted by a very subtle alcoholic smell when you take a whiff, and it’s a very smooth sip with a slight but pleasant burn at the end.

In theory, the perfect vodka is supposed to be an odorless and tasteless spirit. Of course, it’s commonly infused with other flavors, and in this case, the essence of curly fries is meant to be conveyed with the addition of the cayenne, paprika, onion, and garlic that were used during the distilling process.

Of those four flavors, the onion is easily the most detectable, although it’s a far cry from the brininess you’d find if you ordered a dirty vodka martini. There’s also a very slight heat that could be credited to the addition of the paprika and cayenne, but it was subdued to a point where I couldn’t help but wonder if the alcohol was really more responsible for that aspect than the spices. Finally, it’s probably a good thing that the garlic isn’t super prominent, but I can’t really say I tasted any while sipping it neat.

As far as the final verdict for this one is concerned, it’s definitely a great vodka, but when you consider it was marketed as a vodka that tastes like curly fries, it did leave me wanting more. 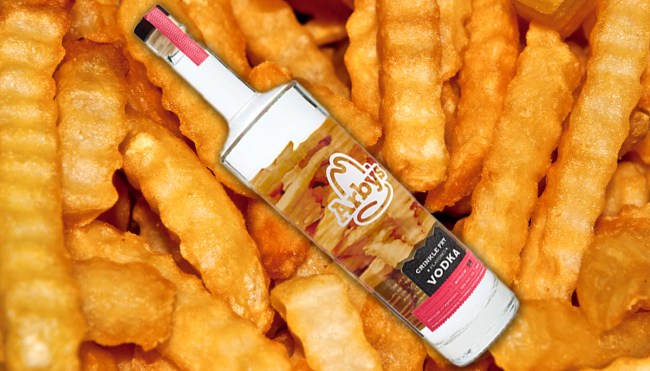 While I may have been underwhelmed with how much of the promised flavors were present in the Curly Fry vodka, tasting (and sniffing it) side-by-side with the Crinkle Fry variety did make them a bit more detectable—which is more of a testament to the fairly straightforward nature of the latter than anything else.

I do want to stress this is a very solid vodka. However, when you consider the only ingredients that pay homage to the fries that inspired it are kosher salt and sugar (the second of which is used in some shape or form to create alcohol during the fermentation process), I have to question exactly what the gimmick here is supposed to be. As was the case with the curly fry version, you do get some saltiness from the, well, salt, but there’s not really anything else that sets it apart from the rest of the vodka pack.

However, as Arby’s made evident with the care package that was sent my way, these vodkas aren’t necessarily designed to be consumed on their own, so with the initial sampling out of the way, it was time for one final taste test. 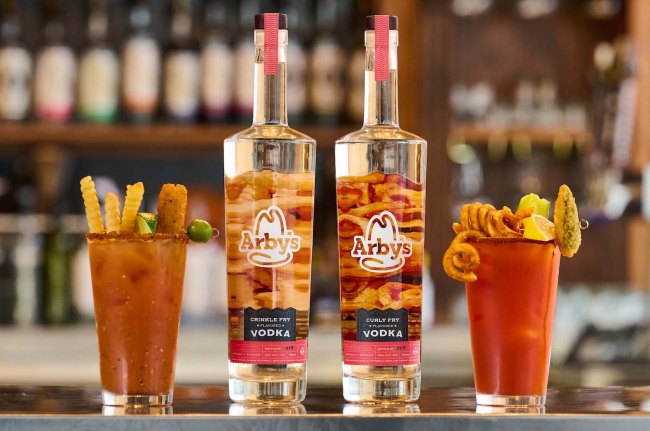 I should preface this section with an admission that’s gotten me plenty of strange looks at brunch: I’ve never really been a big Bloody Mary Guy. However, I had a job to do, so I wasn’t going to let my ambivalence regarding the cocktail get in the way.

Arby’s concocted its recipe for the French Fry Bloody Mary with the help of Top Chef contestant and Iron Chef America champion Justin Sutherland. For the Crinkle Fry vodka, his twist on the classic drink includes Arby’s famed Horsey Sauce and his custom bourbon and smoke wing seasoning in addition to usual suspects including tomato juice, horseradish, and Worcestershire sauce.

When it comes to the Curly Fry vodka, Sutherland opted to kick things up a notch with the addition of hot sauce as well as some clam juice and pickle brine.

I was actually pleasantly surprised by how tasty both of the offerings were, but I also couldn’t really help but wonder if the unique nature of the vodka really played an instrumental role in the final product (especially when you consider how much the bottles will run you).

With that said, plenty of people seem to be intrigued by the vodka when you consider it sold out in less than five minutes following its grand debut on Thursday, so if you want to find out how they taste for yourself, you can try to snag them here when the second (and final) drop kicks of at noon on November 22nd.