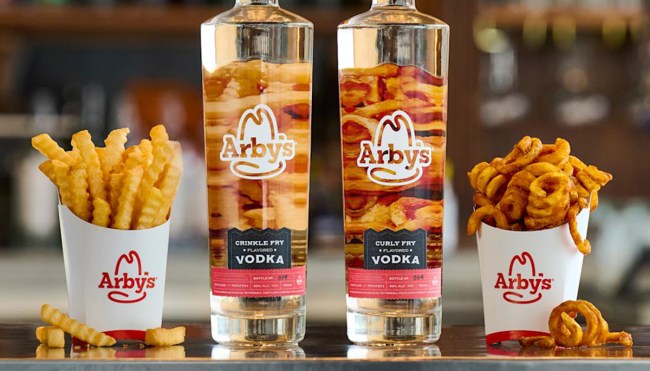 In recent years, many companies have discovered there’s no better way to drum up some free publicity than rolling out an unconventional product that primarily exists to make people wonder “Why does this exist?”

These promotional stunts come in many shapes and forms, ranging from mac and cheese flavored ice cream to a chicken sandwich served on a bun made of sour Airheads. However, a lot of The Brands have realized there’s one particularly well-tested method they can harness when it comes to piquing people’s interest: throwing some booze into the mix.

Last year, Taco Bell unexpectedly classed up its menu by debuting a red wine, and now, another major fast food player is getting in on the action in the form of Arby’s, which is gearing up for the launch of a limited-edition line of…french fry-inspired vodka.

Available for a limited time. Quantities extremely limited. Proudly distilled by @tattersallco and distributed by @surdyksliquor. Must be 21+. Drink responsibly.

According to a press release, Arby’s Vodka will go on sale on November 18th (a second drop is scheduled for the 22nd), with each bottle of the 80-proof potato-based liquor retailing for $59.99. Arby’s is releasing two different flavors based on a couple of its most popular french fry options, which are described as such:

You might be asking “Why?” but I would counter that question with one of my own: “Why the hell not?”